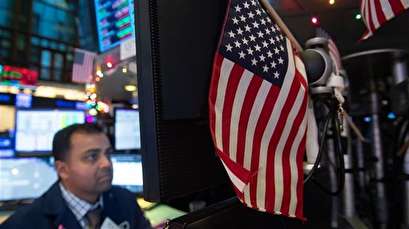 The declines left all three indices at fresh lows for 2018.

Heading into the announcement, many analysts had expected a "dovish" interest rate increase paired with strong verbal cues that the central bank would not tighten excessively in a period when global stocks have retreated amid concerns over slowing growth and trade wars.

"Investors were expecting the Fed to be even more dovish in its comments and actions," Stovall told AFP.

The Fed, as expected, raised the target range by 0.25 point, with 2.5 percent at the high end. But The Fed now projects only two interest rate increases, down from three previously.

Powell said the Fed would not shift course on its path of reducing the central bank's balance sheet. Some analysts thought the Fed could signal flexibility on that measure to placate investors.

"If he downgrades his forecast, that creates concerns that the Fed knows something the market doesn't or it confirms fears. If he stays put, then market participants worry that the Fed is going to tighten too much."

Companies with outsized falls included FedEx, which plunged 12.0 percent after slashing its profit forecast due to weakness in China and other key overseas markets.

Facebook dived 7.3 percent following new revelations over its data sharing practices with Amazon, Microsoft and other technology behemoths. The company was also sued by the attorney general of the US capital Washington over alleged privacy violations.

But General Electric gained 5.4 percent following an upgrade by Vertical Research Partners, which described the company as a good investment bet after a steep fall in value. The gains also came after a Bloomberg News report that the company is moving towards spinning off its health care division.