Saudi prince who called for reforms dies at 87

TEHRAN, December 23 - Prince Talal bin Abdulaziz, a senior member of the royal family who supported women's rights and once led a group of dissident princes, has died at the age of 87. 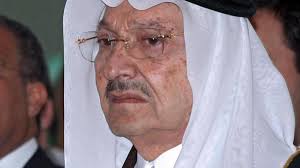 TEHRAN, Young Journalists Club (YJC) - Prince Talal was an older brother to King Salman and the father of businessman Prince Alwaleed bin Talal. The royal court said prayers for Prince Talal, who died on Saturday, will be held in Riyadh on Sunday.

In the 1960s, he led a group of princes who called for a constitutional monarchy that distributes some of the king's powers. He led the group from Beirut and Cairo, which under Egyptian President Gamal Abdel Nasser was an adversary of Riyadh.

After rifts emerged between Prince Talal and Cairo, he was allowed to return to Saudi Arabia in 1964.