TEHRAN, December 30 - Over 40 candidates of the opposition alliance in Bangladesh have pulled out during polling in general elections, alleging vote rigging. 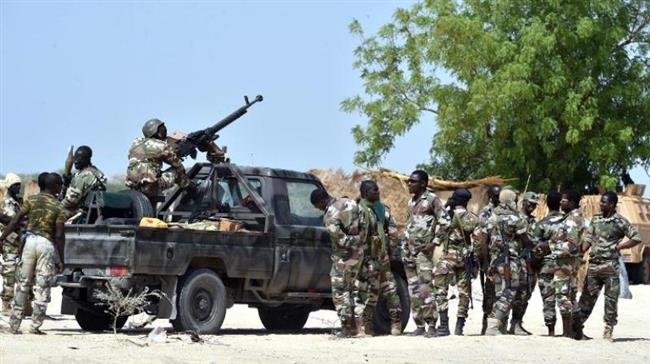 TEHRAN, Young Journalists Club (YJC) - A final decision on withdrawing from the elections is yet to be announced by the alliance.

This came after early results and trends showed Bangladesh Prime Minister Sheikh Hasina's ruling party has taken a big lead over the opposition in Sunday elections.

Nearly 287 candidates from an opposition group led by the Bangladesh Nationalist Party (BNP) contested for seats.

A journalist, who declined to be identified for the fear of reprisal, said activists with Prime Minister Sheikh Hasina's ruling Awami League party in the southeastern city of Chittagong had warned him and other voters at the polling station against entrance. "They said we didn't need to go inside as our votes had already been cast. I am hearing the same thing happening at several other polling booths in Chittagong."

Several BNP leaders have similarly alleged rigging has been carried out by the ruling party.

Kamal Hossain, an 82-year-old leading the opposition coalition, said, "We are getting disturbing reports outside Dhaka that overnight votes have been cast illegally."

Hossain rejected the results that showed Hasina was heading for a landslide victory, demanding new elections.

"We urge the election commission to void this farcical result immediately," Hossain told reporters. "We are demanding that a fresh election is held under a neutral government as early as possible."

The Awami League says the opposition's accusation is not true.

The country began the polls following a weeks-long campaign dominated by a crackdown on thousands of opposition activists.

Some 600,000 security personnel were deployed across the country. Authorities ordered mobile operators to shut down 3G and 4G services until midnight on Sunday "to prevent the spread of rumors" that could trigger unrest.

The voting, which ended at 4:00 pm (1000 GMT), was held under tight security. The count has already begun and results are expected to be clear by Monday morning.

The Election Commission said it was probing allegations of vote rigging.

"Allegations are coming from across the country and those are under investigation," the agency's spokesman S.M. Asaduzzaman said. “If we get any confirmation from our own channels then measures will be taken as per rules.”

The election campaign was marred by violence. At least 12 people were killed in election-day clashes across the country on Sunday.

Hasina has been lauded for boosting economic growth in the poor nation during an unbroken decade in power. But critics accuse her of authoritarianism and crippling the opposition, including arch-rival Khaleda Zia, who is serving 17 years in prison on graft charges, so that she could cling on to power.

The Bangladeshi leadership has alternated between Hasina and Zia over the last three decades.

The BNP boycotted the last elections in 2014, claiming it would not be free and fair.

CIA Director: There is no evidence of Iran's decision to build a nuclear weapon

Iranian President: We are Looking for Strengthen Tehran-Damascus Ties

Iranian Foreign Ministry: Formation of Inclusive Gov’t in Afghanistan in a Necessity

Amir-Abdollahian: There is no way for the United States to return to the JCPOA without lifting sanctions

China: US must lift all illegal sanctions against Iran

President Raeisi: We will not Tie the Economy and People's Livelihood to the Negotiations

Blinken: Leaving the JCPOA was a big mistake

Amir-Abdollahian: Iran is Ready to Host Astana Summit in 2022

President Raeisi: We will not Tie the Economy and People's Livelihood to the Negotiations

Zionist security official: The proximity of the UAE and Iran is worrying

Taliban reaction to recent UN decision; that is not fair