TEHRAN, December 31 -The Australian dollar strengthened on Monday on expectations of progress in trade talks between China and the United States, although market sentiment remained fragile over looming concerns of slowing global growth and a partial U.S. government shutdown. 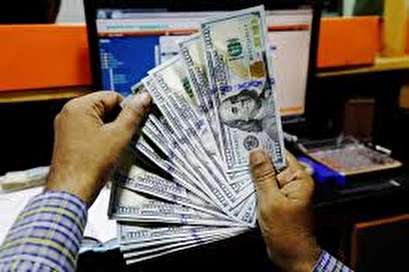 In a tweet which provided relief to financial markets, U.S. President Donald Trump said on Sunday that he had a “long and very good call” with his Chinese counterpart Xi Jinping and that a possible trade deal between the United States and China was progressing well.

The Australian dollar AUD= gained 0.3 percent to $0.7063. The fortunes of the Australian economy are closely tied to China, its largest trading partner.

“High beta and emerging market currencies will outperform if we get a trade agreement. Given the likelihood of improving risk sentiment following the trade deal and some underlying weakness in the U.S. economy, I would consider positive trade developments as negative for the dollar,” said Sim Moh Siong, currency strategist at Bank of Singapore.

China and the United States have been in a trade war for much of 2018, shaking world financial markets as the flow of hundreds of billions of dollars worth of goods between the world’s two largest economies has been disrupted by tariffs.

An official survey on Monday showed China’s factory activity contracted in December for the first time in more than two years, in a further sign of slackening demand and rising pressure as it heads into 2019.

The increasing strain on factories underscores expectations Beijing will step up stimulus measures to support the economy, which will keep the yuan under pressure. The dollar was marginally higher versus the offshore yuan CNH= at 6.8803 in Asian trade.

The dollar index .DXY, a gauge of its value versus six major peers was steady, fetching 96.44 in early Asian trade.

The U.S. currency has been weakening in recent weeks due to rising expectations that the Federal Reserve will pause its tightening cycle sooner than expected. Falling U.S. bond yields have also dampened investor sentiment towards the dollar.

U.S. 10-year Treasury bond yield US1OYT=RR was last at 2.71 percent on Monday, having fallen around 30 basis points in December.

Despite recent pressure on the greenback, the dollar index has gained 4.6 percent this year primarily due to a robust U.S. economy, falling unemployment and rising wage pressures. These strong fundamentals allowed the Federal Reserve to raise interest rates four times in 2018, with analysts now expecting possibly another 1-2 hikes if economic momentum does not falter.