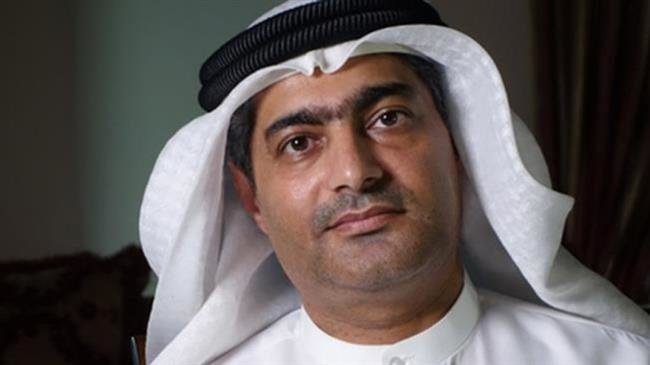 TEHRAN, Young Journalists Club (YJC) -Two sources familiar with the case, speaking on condition of anonymity, told Reuters on Monday, adding that the Federal Supreme Court also upheld a fine of 1 million dirhams (US $270,000) that were handed down to the Emirati activist back in May.

The lengthy jail term and the hefty fine were handed down to Mansoor back in May, when he was found guilty of allegedly seeking to damage the UAE’s reputation and harm the absolute monarchy’s relationship with its regional neighbors by posting false information and rumors online.

Mansoor, an electrical engineer and poet was arrested on March 20 last year after authorities accused him of using social media platforms Twitter and Facebook to “publish false information and rumors, spread tendentious ideas that would sow sedition, sectarianism and hatred and harm national unity and social peace, as well as harming the state’s reputation and inciting disobedience.”

The activist, who was awarded the prestigious Martin Ennals Award for Human Rights Defenders in 2015, remained in solitary confinement for more than a year, according to a report by the Human Rights Watch (HRW) in March.

Rights groups, including Amnesty International and HRW, have called on the Emirati government in the past to release Mansoor, arguing that his detention goes against freedom of expression and opinion.

On Monday, Amnesty, in a statement, confirmed the court’s ruling and reiterated its tough stance towards the case in the UAE, where little public criticism of the government is tolerated.

“Ahmed Mansoor’s only ‘crime’ was to express his peaceful opinions on social media, and it is outrageous that he is being punished with such a heavy prison sentence. This is a final verdict and cannot be appealed. Instead of punishing Ahmed Mansoor for daring to express his opinions, the authorities must ensure his conviction and sentence are quashed and release him immediately and unconditionally,” added Maalouf.

Since 2006, the blogger has campaigned for freedom of expression, civil and political rights in the UAE.

In 2011, he was convicted of “insulting officials” and sentenced to three years in jail, but he was released after serving eight months, but was stripped of his passport and not allowed to leave the country.

In 2016, it was also revealed that UAE authorities paid $1 million for Israeli software allowing them to hack Mansoor’s cell phone.

Back in January, HRW lambasted the UAE for its violating human rights by suppressing dissent committing war crimes in Yemen, saying that the monarchy is also discriminating against its people based on their sex, gender and identity.

The UAE is a key ally of Saudi Arabia in its military campaign on Yemen, which has claimed around 13,600 lives since its onset in March 2015.

Besides playing a significant part in aerial assaults and deploying troops to Yemen, Abu Dhabi has been training the pro-Saudi militants fighting on the ground against the Yemeni army and its allied forces.