Britons call on London mayor to resign over pro-EU fireworks

TEHRAN, Jan 1 -People across Britain, a country that is leaving the European Union based on results of a referendum that took place more than two years ago, have been outraged by a huge fireworks in London which they say displayed capital’s mayor Sadiq Khan’s loyalty to the EU. 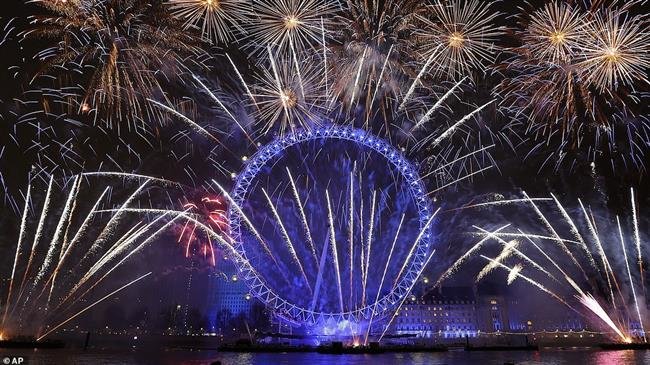 TEHRAN, Young Journalists Club (YJC) - The controversy surrounding the fireworks was visible everywhere in London on Tuesday hours after the traditional ceremony along the Thames which many said was a reckless show of support for the EU amid Britain’s withdrawal from the bloc.

Nearly 100,000 people gathered to watch the show which was also broadcast to millions by the BBC. A giant EU flag was the most controversial part of the display, especially for pro-Brexit campaigners.

“Disgraceful ploy at London fireworks tonight.. lightning the EU flag up and not the union Jack, he (Khan) needs to go,” wrote a Twitter user

“The London fireworks are a tradition now! Not an event for your political gain!” said another social media user.

Khan, a Labour politician who has fiercely campaigned against Brexit over the past years, had earlier indicated that this year’s firework would be used to show solidarity with other countries. He had said in a statement on London City Hall’s website that the show was meant to demonstrate that the British capital remained “open to the world”.

“Every year our capital puts on the greatest fireworks show in the world with the spectacular images of our skyline shared all around the globe,” said Khan, adding, “I'm proud that this year the millions watching around the world will see us send a message of support to more than one million EU citizens who call London their home.”

Brexit has proven very divisive since a narrow majority, around 52 percent, voted for it in the June 23, 2016 referendum. Many, including Khan, have been campaigning for a second referendum that could allow Britain to stay in the EU and put an end the current political uncertainty surrounding Brexit.

However, the Conservative-led government, which is struggling to finalize an EU withdrawal deal, has rejected calls for a second vote or a delay or cancellation of Brexit, saying Britain will certainly leave the EU on March 29, 2019 regardless of what happens during a final debate on the issue in parliament in mid-January.