TEHRAN, Jan 5 - Thousands of people have gathered and competed in a New Year calligraphy contest in Tokyo, hoping to get a good start to 2019. 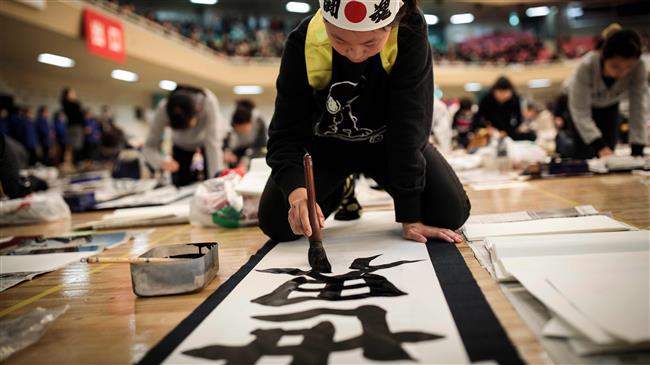 Competitors, some of whom were assigned characters depending on their age and level, were required to finish writing on two pieces of paper within the allotted 24 minutes.

One of the participants, Mai Abiru, said she hoped that writing her piece sincerely will help her have a good start to the year.

Calligraphy is a widely practiced and revered art in many parts of Asia. The act of writing Chinese characters is believed to sharpen the mind and improve concentration.

Winners of the annual competition that held during New Year in Japan will be announced at a separate ceremony on February 24.