TEHRAN, Jan 6 - The announcement of the results of the Congo's presidential election has been postponed, the country's top electoral official said. 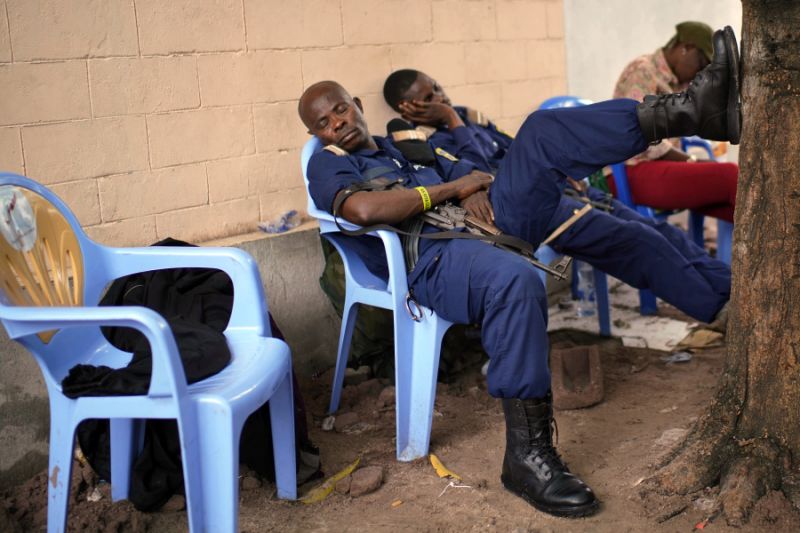 TEHRAN, Young Journalists Club (YJC) - The winner of the Dec. 30 election will not be made public Sunday as expected, the head of the national electoral commission Corneille Nangaa told The Associated Press. The electoral commission will confirm the delay later Sunday.

The postponement in announcing the winner may increase tensions, as some Congolese see it as a way for President Joseph Kabila's ruling party to manipulate the results in order to cling to power.

The Catholic Church, an influential voice in this strongly Catholic nation, said that it already knows there is a clear victor, according to data reported by its 40,000 election observers deployed in polling stations. The church urged the electoral commission to announce accurate results.

As regulations say only the electoral commission can announce election results, the church did name the winner. The government has already cut internet access across the vast Central African country to prevent any speculation on social media about who might have won the election.

Congo faces what could be its first democratic, peaceful transfer of power since independence from Belgium in 1960. Election observers and the opposition have raised concerns about voting irregularities as the country chooses a successor to longtime ruler Kabila, although a landslide win by one of the opposition candidates could remove any doubts that the election was skewed to the ruling party's candidate.

The United States and the African Union, among others, have urged Congo to release results that reflect the true will of the people. The U.S. has threatened sanctions against those who undermine the democratic process. Western election observers were not invited to watch the vote.

While Congo has been largely calm on and after the Dec. 30 vote, President Donald Trump informed House Speaker Nancy Pelosi that about 80 military personnel and "appropriate combat equipment" had been deployed to neighboring Gabon to support the security of U.S. citizens and staffers and diplomatic facilities. More will be deployed as needed to Gabon, Congo or neighboring Republic of Congo, he wrote.