App may save opioid users from overdose by tracking breathing

TEHRAN, Jan 12 -Drug users suffering an opioid overdose might soon have access to an unusual lifeline -- a smartphone app. 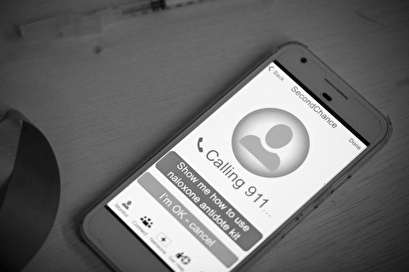 University of Washington researchers have developed an app that can detect when a person's breathing dangerously slows or stops.

The Second Chance app accurately detected opioid overdose symptoms more than nine times out of 10 in experimental tests, which took place at a facility in Vancouver, Canada, where addicts can legally bring illicit drugs and inject them under medical supervision.

The app's developers are applying for approval from the U.S. Food and Drug Administration to market the phone software as a potentially lifesaving monitor for people taking opioids, said researcher Shyamnath Gollakota. He is an associate professor with the University of Washington School of Computer Science and Engineering in Seattle.

"Given the importance of the problem and the number of people dying, we are hoping to get fast-track status with the FDA so we can get this as soon as possible to the market," Gollakota said. He estimated that the app could be available within a year if its approval is fast-tracked.

More than 70,000 drug overdose deaths occurred in 2017, the most recent year for which stats are available, according to the U.S. Centers for Disease Control and Prevention. Opioids were involved in 47,600 of those deaths, or nearly 68 percent.

An opioid overdose kills a person by slowing and eventually stopping their breathing, explained senior researcher Dr. Jacob Sunshine, an anesthesiologist with the University of Washington Medical Center.

Opioid overdoses can be reversed by the drug naloxone, but "unfortunately this isn't happening enough, and that's resulted in people dying in extremely large numbers," Sunshine said. "More than 115 people a day are dying from opioid overdose in the U.S."

To help detect an overdose, the research team developed an app that essentially turns a smartphone into an active sonar system, said lead researcher Rajalakshmi Nandakumar, a Ph.D. candidate with the University of Washington's School of Computer Science and Engineering.

The phone continuously transmits inaudible sound waves. "These signals get reflected off the human body, specifically the chest," Nandakumar said. "When the person is breathing, their chest motion is captured by these reflections and recorded in the microphone. You can monitor the breathing motion of a person just using the smartphone."

To test the app, the researchers partnered with the Insite supervised injection facility, the first legal supervised narcotics consumption site in North America. At the center, drug users are allowed to inject street drugs in the presence of nurses and staff trained in overdose intervention.

The team recruited 94 opioid users at Insite to test the app, with the smartphone placed on a table within a meter of the participants.

During testing, 47 users experienced a dangerously low breathing rate of seven or fewer breaths per minute, 49 stopped breathing for a significant period of time, and two had a drug overdose that required medical treatment.

About 90 percent of the time, the app correctly identified breathing problems that foreshadow overdoses, the researchers reported.

Consenting patients received anesthetics that led to 30 seconds of slow or stopped breathing. The smartphone was placed on a surgical stand about a meter away from the patient.

The app correctly predicted 19 out of 20 simulated overdoses. In the case of the single failure, the patient's breathing rate was just above the threshold at which an alarm would sound, the researchers noted.

The idea is that the app would sound an alarm if it detects slowed or stopped breathing in an opioid user, the study authors explained. The person would need to reach over and let the app know that they are OK.

"If they fail to interact with it, then it would contact either a loved one who has naloxone or emergency services," to get the person the lifesaving treatment they need, Nandakumar said.