TEHRAN, Jan 13 - Polish ruling party chief Jaroslaw Kaczynski has canceled a campaign event on Sunday ahead of European Parliament elections due to poor health, officials said, amid uncertainty in Poland over his ability to run the conservative grouping. 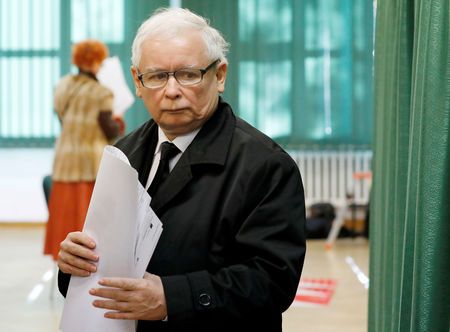 TEHRAN, Young Journalists Club (YJC) - Last year, questions over Kaczynski's health weighed on the stock market, as investors worried about political instability were he to step down without a clear successor. Poland's de facto leader was absent from public life for months.

Under Kaczynski's leadership, the eurosceptic Law and Justice (PiS) party has sought to take more control over the economy, public media and the justice system, leading to Poland's isolation within the European Union.

It was unclear why Kaczynski canceled the appearance. Education Minister Jaroslaw Gowin said in a speech to supporters only that he "wished Kaczynski gets over a virus quickly".