TEHRAN, Jan 13 - The Palestinian resistance movement Hamas has held the Tel Aviv regime responsible for the ongoing escalation in the blockaded Gaza Strip, warning that the movement “will intensify the confrontation with Israel” in the coastal sliver if the Israeli military launches new attacks against the enclave. 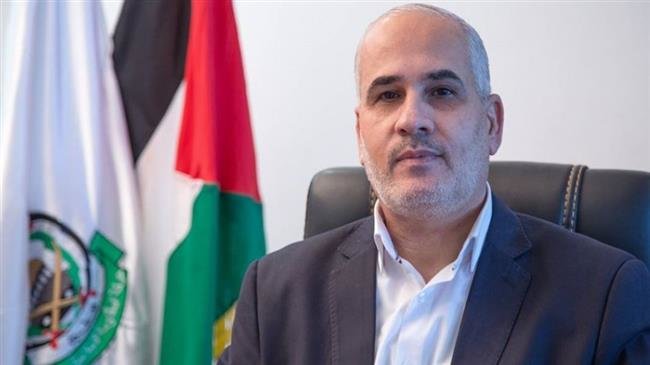 TEHRAN, Young Journalists Club (YJC) - “The Israeli occupation [regime] bears the consequences of continuing to commit its follies against peaceful protesters and deliberately killing them in cold blood as well as bombing sites of resistance,” Hamas spokesman Fawzi Barhoum said in a statement on Sunday. He further noted that the escalation of situation in Gaza and "playing with fire" will never led to security for Israel and its people.

The statement came after Israeli military aircraft carried out several airstrikes against multiple locations across the besieged Gaza Strip late on Saturday.

Two other sites were targeted, one in the town of Beit Lahiya in the northern Gaza Strip, and another in the city of Khan Yunis south of the enclave.

The Israeli airstrikes caused fires to erupt in several targeted sites; however there were no reports of human casualties.

The Israeli military frequently bombs the Gaza Strip, with civilians being the main target of such attacks.

Israel has also launched several wars on the Palestinian coastal sliver, the last of which began in early July 2014. The military aggression, which ended on August 26, 2014, killed nearly 2,200 Palestinians. Over 11,100 others were also wounded in the war.

The Gaza Strip has been under an Israeli siege since June 2007. The blockade has caused a decline in the standards of living as well as unprecedented levels of unemployment and unrelenting poverty.

The Israeli regime denies about 1.8 million people in Gaza their basic rights, such as freedom of movement, jobs with proper wages as well as adequate healthcare and education.

Share to
Related News
Hamas to Chad: Normalization with Israel ‘stab in the back’ of Palestine
Hamas slams US aid cut to Palestinians as ‘political blackmail’
Israeli troops prevent Muslim worshipers from entering Dome of Rock
Tags
hamas ، israel ، gaza strip
Your Comment