TEHRAN, Jan 13 -Head of the Atomic Energy Organization of Iran (AEOI) Ali Akbar Salehi says the country has broken new ground in the field of nuclear technology and is now taking preliminary steps toward production of 20-percent modern nuclear fuel. 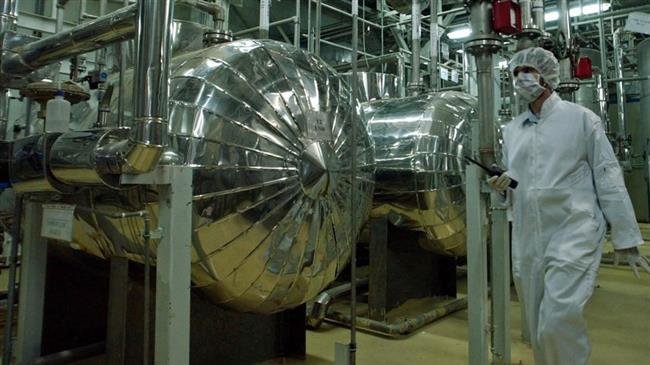 TEHRAN, Young Journalists Club (YJC) - Speaking in an exclusive interview with the IRIB News Agency on Sunday, Salehi said the new nuclear fuel produced by domestic specialists will be able to keep all kinds of reactors similar to the Tehran Research Reactor running.

Iran's nuclear chief added that the Tehran Research Reactor has been operating on older types of nuclear fuel so far, but the new modern fuel will boost its productivity.

He said Iranian scientists have made such remarkable advances in the field of nuclear technology that instead of reserve engineering, they are now capable of designing new fuel, which is a major achievement for the country.

Salehi further stated that supplying fuel and designing the control room were major steps in building a reactor, adding, “At the present time, designing a reactor has become very possible for our specialists.”

“According to the timetable, we have fortunately made good progress, and the detailed stage has been completed on our part and delivered to the Chinese side, which … will enter the next stage within 2 to 3 months; that is, we'll start the next phase of building and [installing the reactor’s] equipment,” he added.

Kamalvandi said the US withdrawal from the Iran nuclear deal, which is officially known as the Joint Comprehensive Plan of Action (JCPOA), would not affect the re-designing process of the Iranian reactor.

US President Donald Trump withdrew his country in May 2018 from the landmark Iran nuclear deal, and decided to re-impose unilateral sanctions against Tehran.

Last November, the Trump administration announced the re-imposition of the “toughest” sanctions ever against Iran's banking and energy sectors with the aim of cutting off the country's oil sales and crucial exports.

The US administration hoped to get the other parties to the deal with Iran to likewise scrap the deal, but instead, they stressed that not only would they stick to the agreement, but they would also work to sustain it in the face of increased US pressure. Europeans believe that the nuclear deal is an important element of international security.