TEHRAN, Jan 14- In a recent poll, most Americans have blamed US President Donald Trump and Republicans for the longest government shutdown in the history of the United States. 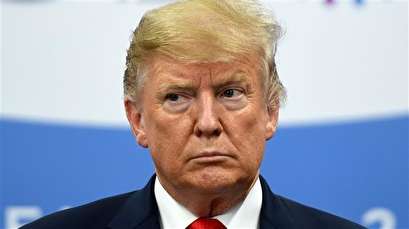 TEHRAN, Young Journalists Club (YJC) -In a recent poll, most Americans have blamed US President Donald Trump and Republicans for the longest government shutdown in the history of the United States.

Trump plunged the government into the shutdown just before Christmas, insisting that it could continue for years unless US policy makers agreed to fund a security wall along the US-Mexico border.

According to a Washington Post-ABC News poll published on Sunday, the majority of Americans blame Trump for initiating the shutdown.

When asked, "Who do you think is mainly responsible for this situation?" 53 percent of Americans told pollsters they blamed Trump and congressional Republicans. A much smaller 29 percent blamed Democrats and an additional 13 percent said both sides were equally responsible. Four percent had no opinion.

To break the impasse, Trump has suggested declaring a national emergency and using the powers granted to the president under an emergency to supply the funds needed to build the security wall.

Experts say declaring a national emergency would likely be challenged in court as a case of presidential overreach, in which case funding the wall would be blocked.

The partial shutdown, now in its fourth week, affects about a quarter of government employees and approximately 800,000 federal workers.