CDC: More than six million people have had flu this season

TEHRAN, Jan 14- Of the confirmed cases, roughly half have sought medical treatment, according to the Centers for Disease Control and Prevention. 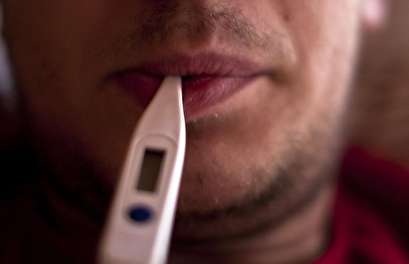 TEHRAN, Young Journalists Club (YJC) -Of the confirmed cases, roughly half have sought medical treatment, according to the Centers for Disease Control and Prevention.

Between six million and seven million people have been diagnosed with the flu during the 2018-2019 season, with roughly half seeking medication treatment, government officials say.

In the first report of the season, roughly 6 million to 7 million people have been diagnosed with the flu this season, between 2.9 million and 3.5 million have sought treatment, and between 69,000 and 84,000 thousand of them have gone to the hospital for flu, according to a report released by the Centers for Disease Control and Prevention.

The CDC released its weekly flu report for the week ending Jan 11, which also included 16 pediatric deaths related to the flu.

The CDC recommends flu vaccinations to decrease the risk of contracting the virus and its possibly deadly side effects. Anyone with flu complications or symptoms should seek medical treatment with an anti-viral drug, officials said.

The agency gets its data from hospitals in 13 different geographic areas throughout the U.S. that perform "population-based surveillance" that cover nearly 9 percent of the population.

Flu-like illnesses remain elevated in 15 states, plus New York City, according to the report.

The CDC determines its flu numbers based on the number of people who sought medical treatment for the flu since the season began. They exclude anyone who sought treatment for flu-like symptoms prior to the flu season window opening.

"In addition to vaccination and appropriate use of antiviral drugs, CDC recommends everyday preventive actions to help stop the spread of germs. If you are sick with flu-like illness, CDC recommends that you stay home for at least 24 hours after your fever is gone except to get medical care or for other necessities," the CDC said.