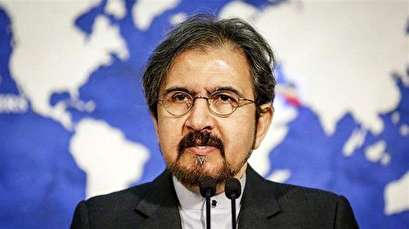 TEHRAN, Young Journalists Club (YJC) - Speaking to reporters at his weekly press conference in Tehran on Monday, Qassemi said although the EU is willing to finalize the SPV, there has been too much delay.

“Europe has shown that it does not have the necessary structures to implement this new mechanism and is under strong pressure from the United States,” he said.

“The US is trying to prevent this type of cooperation from being materialized by any means,” the spokesman added.

“In our opinion, there is too much delay and we sense their inability to a great extent,” Qassemi went on to say.

On May 8, the US president pulled his country out of the Joint Comprehensive Plan of Action (JCPOA), the nuclear deal that was achieved in Vienna in 2015 after years of negotiations among Iran and the Group 5+1 (Russia, China, the US, Britain, France and Germany).

Following the US exit, Iran and the remaining parties launched talks to save the accord.
Trump on August 6 signed an executive order re-imposing many sanctions on Iran, three months after pulling out of the Iran nuclear deal.