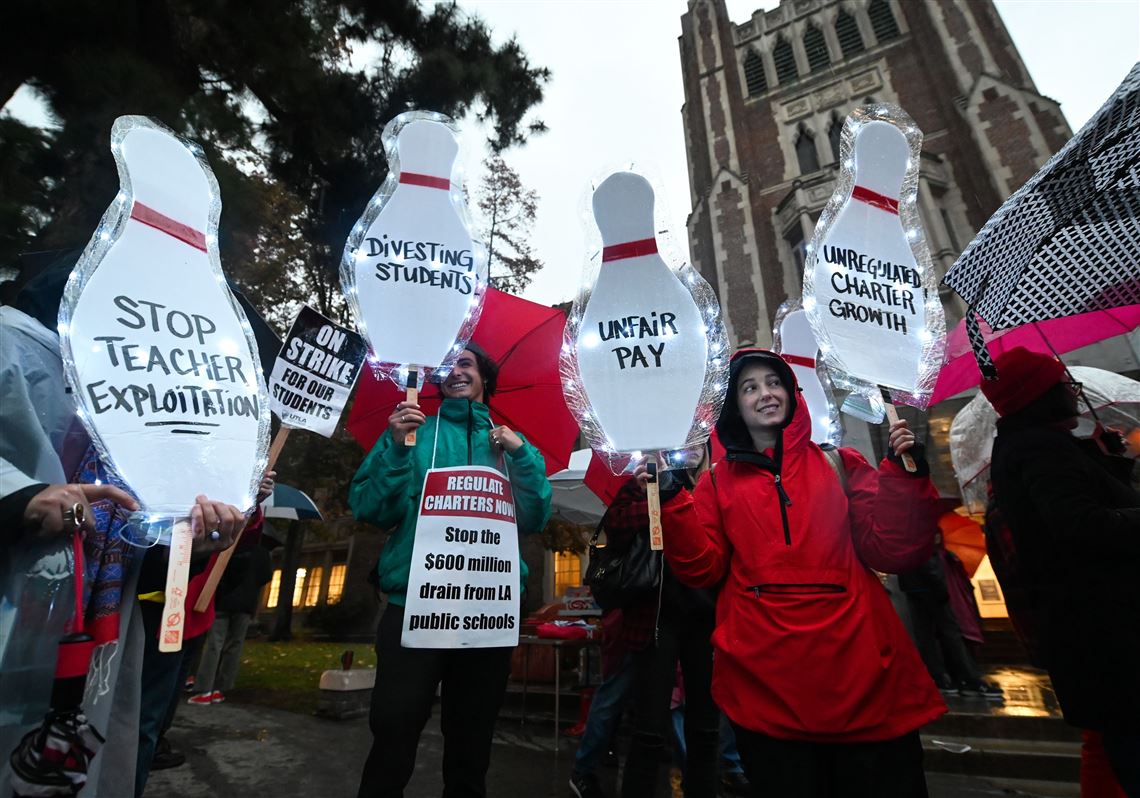 The teacher's union — United Teachers Los Angeles (UTLA) — has been urging the Los Angeles Unified School District (LAUSD) district to hire more counselors, nurses, librarians and other professional staff while reducing class sizes. However, the LAUSD claims that the staffing demands would cost approximately $786 million a year when it is already running a $500 million annual deficit.

"It's a very exciting moment for those of us who care about public education," Ayers told hosts John Kiriakou and Brian Becker.

"This is a massive walkout, and I think it's important that your listeners know about the facts that are going on. You're right, 31,000 teachers walked out walked out after long, long, long negotiations that went nowhere," Ayers noted.

"So, this is a very important development. This is teachers standing up not just for wages, although that is important, [but also] standing up against a lying school board that is hiding the fact that they've squandered money, that they've privatized the schools, and this is basically a strike for the children. So, I think people should look deeply look into it and support the solidarity fund."

The district's latest offer included adding 1,200 teachers, counselors, nurses and librarians to LA schools, decreasing class sizes by two students, enforcing a 32 to 39 student cap on all classes and imposing a 6 percent salary increase for teachers.

"Los Angeles Unified remains committed to contract negotiations and will continue to work around the clock to find solutions to end the strike which will hurt students, families and communities most in need throughout Los Angeles," the statement added.

"The thing to remember is that Los Angeles has really rich people and really poor schools, and that's the contradiction. Class sizes run as high as 46 in Los Angeles… [there is] one nurse for every 1,200 students and one counselor for every 950 students, compared to the 250 recommended by the American School Counseling Association. So, the strike is about something very serious, and that is the future of public education," Ayers added.

"We should all pour our attention and our energy into supporting that righteous and important social movement," he continued.

On Monday, UTLA President Alex Caputo-Pearl reiterated the same idea while addressing a crowd of union members, parents and students at a local LA High School.

"Here we are on a rainy day in the richest country in the world, in the richest state in the country, in a state that's blue as it can be — and in a city rife with millionaires — where teachers have to go on strike to get the basics for our students," Caputo-Pearl said, NBC Los Angeles reported.