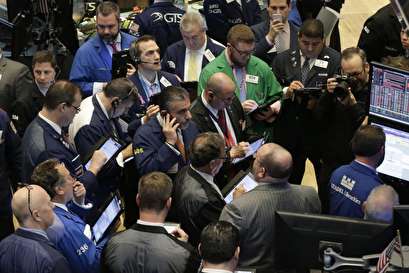 The weakness "has been driven by weaker than expected trade data out of China," Ole Hansen, head of commodity strategy at Saxo Bank, told UPI.

"During December both export and import volumes dropped as the impact of trade war and the ongoing slowdown in China was felt. Crude oil imports remained robust but most of that was due to independent refineries using up their 2018 import quotas," Hansen said.

Crude oil prices had increased during the previous week, with most gains in the first three sessions of the week, amid trader expectations that the United States and China could advance in talks that could help eliminate tariffs imposed last year.

Expectations reached a high point last Wednesday, when talks started a third session that had not been scheduled, leading to speculation advances had been made. However, the third day of talks did not lead to any significant change.

Another reason that the market felt a little more bullish during the past week were comments by Federal Reserve at the end of the first week of the year indicating it would be more patient in announcing future interest rate increases.

However, while the crude market rose in the past week, hedge funds did not appear to share much of the optimism, Hansen added.

"Looking at the weekly change in speculative positions, we find that hedge funds lacked trust in the surging oil market," he said.

"During the week they only added 5,821 lots to bring the total to 158,146 lots. Drilling deeper into the data we find that short-covering has been the main driver with the gross-long at 257,022 lots being almost unchanged since Dec 4," Hansen said.

WTI traded at its highest so far this year on Thursday at $52.59 per barrel, following consecutive gains that had started on December 27, when it traded at $44.61 per barrel.

Another reason that helped last week's gains was optimism that OPEC and Russia agreed cuts of 1.2 million barrels per day starting this year were going to contribute to support price levels.

WTI reached a high of over $76 per barrel in early October but has since declined largely on concern that the crude oil market is oversupplied.