TEHRAN, Jan 15 -The Boko Haram Takfiri militants have attacked a military base and set fire to shelters for those displaced by the conflict in northeastern Nigeria, leaving seven people dead. 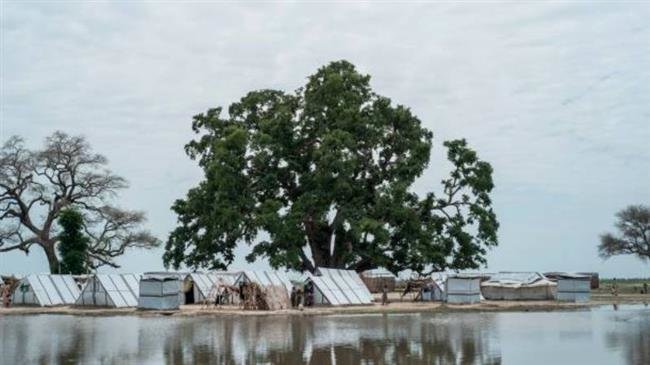 TEHRAN, Young Journalists Club (YJC) -A military source said the attack was carried out in Rann, some 175 kilometers (110 miles) northeast of Maiduguri, the capital of Borno state, late on Monday afternoon.

He said that poor visibility due to seasonal Harmattan winds obstructed the deployment of air force jets, and soldiers were forced to withdraw.

"So far we have three soldiers killed and two others are still unaccounted for," the source said.

"The base was burned by the terrorists, who took away weapons and vehicles left by the troops when they withdrew," he said, adding that the militants also set fire to camps and shelters, forcing locals and internally displaced people (IDPs) to flee.

An aid worker in Maiduguri said colleagues in Rann blamed the attack on the Islamic State West Africa Province (ISWAP) faction of Boko Haram, adding that people fled towards Bulale, on the Cameroon side of the border.

"Four IDPs were killed. Two were shot dead while two were slaughtered by the attackers. Several shelters were burned. They also looted food supplies in the town," the source said, noting that reinforcements arrived in the town on Tuesday morning.

Rann is currently sheltering some 35,000 IDPs, according to the International Organization for Migration.

A local community leader said a similar attempt was made to seize a military base in Magumeri, 50 kilometers northwest of Maiduguri, on Sunday.

The United Nations last week warned about growing violence by Boko Haram militants in northeastern Nigeria, saying more than 30,000 people — mostly women and children — have fled their homes in the conflict-ridden area over the past weeks.

Boko Haram’s nine-year militancy is estimated to have killed more than 27,000 people and forced 1.8 million others to flee their homes, also triggering a humanitarian crisis in Nigeria.