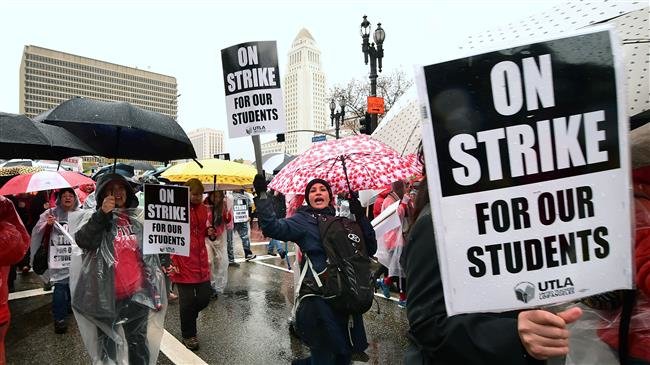 This marks the first time ever that a charter school organization in California went on strike, according to the teachers union.

The strike began Monday after negotiators for the Los Angeles Unified School District (LAUSD) and the United Teachers Los Angeles failed to reach an agreement on Friday night. 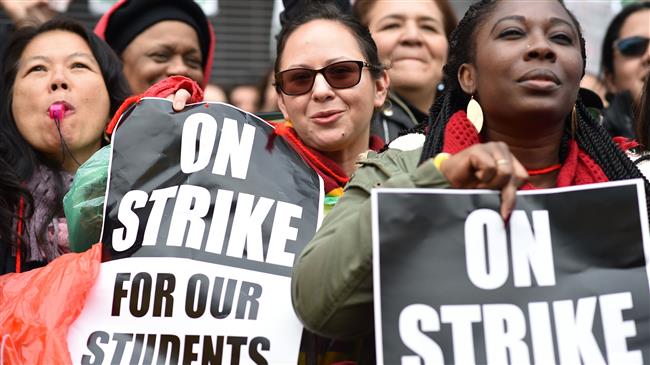 The two sides met to discuss the LAUSD’s latest contract offer, but union leaders rejected the proposal, calling it an “insult.”

Now, the head of the teachers union said Los Angeles Mayor Eric Garcetti was working to bring negotiators back to the bargaining table for the first time since the talks collapsed.

However, an LAUSD spokeswoman said that “nothing is scheduled at this time.”

The Los Angeles walkout began following a wave of teachers’ strikes across the United States over pay and school funding.

The district hired substitutes to teach about 144,000 of the district's 640,000 students who attended schools on Monday, Beutner told reporters.

The student absences cost the district about $25 million since funding is dependent on attendance.

“Teachers are not widgets, children are not test scores. And we need to have teachers who are stable, stable people in children’s lives,” Weingarten said. “So that they know year after year, they can count on teachers in the school.

Meanwhile, major Democratic figures have expressed support for the teachers, who staged the strike, which is the first industrial action of this size in America’s second largest school district over the past three decades.