Iran to open bunkering terminal in blow to UAE's Fujairah

TEHRAN, Jan 16 - Iran will start bunkering operations at a newly-built ship fueling terminal on the Persian Gulf island of Qeshm by next month, the head of the Islamic Republic of Iran Shipping Lines (IRISL) said Wednesday. Iran to open bunkering terminal in blow to UAE's Fujairah 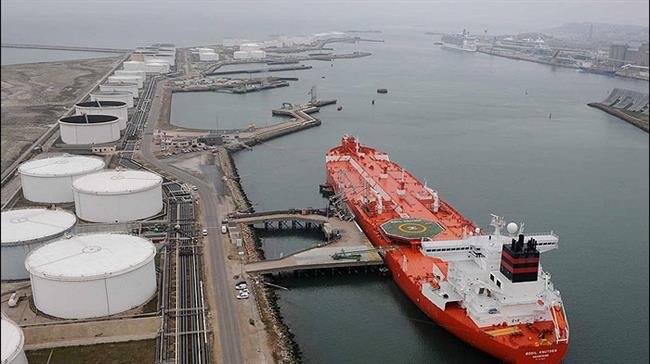 TEHRAN, Young Journalists Club (YJC) - Iran will start bunkering operations at a newly-built ship fueling terminal on the Persian Gulf island of Qeshm by next month, the head of the Islamic Republic of Iran Shipping Lines (IRISL) said Wednesday.

The 52,000-tonne capacity terminal will give Iran access to traffic on one of the world’s biggest shipping lanes in the Strait of Hormuz through which 40 percent of the world's seaborne oil exports pass.

It also means Iranian ships will part with calling at the Fujairah port on the eastern coast of the United Arab Emirates for fueling.

Officials say bunkering at Iranian ports is as much as $5-7 per tonne cheaper compared to Fujairah where approximately 80 percent of bunker fuel is said to be of Iranian origin.

Iran is building another bunkering unit with a capacity of 52,000 tonnes in Bandar Abbas in the hope of establishing a ship refueling hub in the region.

According to IRISL Managing Director Mohammad Saeedi, about 17 shipping companies are sailing to Iranian ports in the Persian Gulf, for which the country can provide bunkering services.

“If we establish suitable fueling infrastructure in the country, ships will get cheaper fuel at Iranian bunkering sites instead of doing a 130-mile detour to Fujairah,” he said.

“Besides, this will create added value and wholesome jobs for the Iranian people,” he added.

Fujairah, once a sleepy fishing village, has transformed itself into one of the world’s top tanker refueling and oil storage hubs. It is currently the world’s second-largest bunkering port after Singapore.

As regards Fujairah’s strategic location, Iranian ports are sitting as much or even more pretty. However, cheaper freight and less congestion make Iranian ports ideal sites for expansion with investment in port infrastructure.

“The government, the ministry of petroleum and the Ports and Maritime Organization of Iran should help develop this lucrative and productive industry,” Saeedi said in remarks quoted by Tasnim news agency.

“In this regard, we need more cooperation from the ministry of petroleum. Our oil products should not go the UAE and for fuel, Iranian vessels should be supplied by our own storage sites,” he added.

In November, a UAE government official said his country was fully complying with US sanctions imposed the same month on the Islamic Republic.

Even before the sanctions, the United Arab Emirates had toughened its stance on Iran in line with Saudi Arabia’s hawkish policies toward the Islamic Republic.

Fujairah and Dubai have traditionally been a major trading partner with Iran - a lucrative destination for UAE re-exports and services. Iranians have also made significant investments in the UAE, some putting those investments north of several hundred billion dollars.

Abdullah al-Saleh, the UAE’s undersecretary for foreign trade and industry, said in November he expected trade with Iran to decline further due to the sanctions.