‘PR nightmare for US:’ Views on Press TV anchor’s arrest

TEHRAN, Jan 16 - Press TV anchor Marzieh Hashemi, who is an American national based in Iran, has been detained and jailed by US federal agents for unspecified reasons while on a visit to the country. 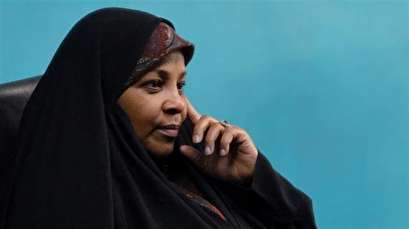 TEHRAN, Young Journalists Club (YJC) -Press TV anchor Marzieh Hashemi, who is an American national based in Iran, has been detained and jailed by US federal agents for unspecified reasons while on a visit to the country.

Hashemi’s family members and media activists have launched a social media campaign with the hashtags #FreeMarziehHashemi and #Pray4MarziehHashemi in support of the detained journalist.

While pursuing her case, the Iranian news network has been interviewing a range of her fellow-journalists, commentators, and others to obtain their viewpoints on Hashemi’s arrest and ill treatment at a detention facility in Washington.

What follows is the transcript of remarks by interviewees Sam Mehdi Torabi, Shabbir Hassanally, and Massoud Shadjareh. The text has been condensed and edited for clarity.

“The American government unfortunately oftentimes works in a bubble. They don’t understand that their actions have a certain reaction in the other parts of the world. They sit together, they make certain decisions, and they want to do what they want to do; but they don’t realize that when the American government arrests a 60-year-old grandmother and doesn’t report about it for 48 hours, this is a public relations nightmare for the US.”

“I think they don’t realize what a backlash this is going to cause. There is no rule of law in the US. There is a legal concept... which is an ancient legal concept: habeas corpus. It means that you have to present in written form, when you arrest somebody, the reason you have arrested them within a reasonable bound of time.”

“If there is anybody who still doubts or thinks that there is something good in the US about that... ‘Oh! They protect human rights! They have freedom of speech!’ Well, you know, on paper, all this is true, but in practice none of this is true.”

“If the government in the US has a reason for doing this, they need to say it. This is not because we ask them to; this is the law in the US, this is the law in any country that claims to be civilized and to have rule of law. You have to mention the reason when you arrest somebody.”

“Without any doubt the arrest of sister Hashemi is very politically motivated. She’s been specifically targeted for a number of reasons that fit the Trump and the current United States’ fascist agenda, which is the fact that she is African-American, she is a Muslim, and she is based in Iran, she works for an Iranian broadcaster, Press TV.”

“And so far as the Americans are concerned, she is fair game because this current administration, while in reality it is no different to previous administrations in its barbarism, in its brutality against people, what we have to understand about the Trump regime is it doesn’t have any of the veneer of respectability or the veneer of diplomacy that for example the Obama administration had.”

“What we’re seeing from the United States is an exposure of the brutality of this sort of regime (in America), and the beast is showing its characteristics. We have seen this exposed especially during the term of this current president.”

“Now we see the United States is openly, publicly, and arrogantly behaving beastly internally. It’s the way it is treating its black community, and the way it’s been treating even its white community. And now we see that they are openly and publicly willing to show their beastly position.”

“What we’re seeing happening to Marzieh is actually a declaration of this policy that the United States doesn’t give a damn about how it is being seen behaving badly, unlawfully, and abusively.”

“I think really the international community now has to judge the United States not according to what it says, or its constitution, but it needs to judge it according to the way it behaves, and needs to stand up against this beastly structure, which is being not only abusive outside but indeed abusive against its own citizens.”