TEHRAN, Jan 16 - Russian Foreign Minister Sergei Lavrov denied on Wednesday that Moscow was imposing an ultimatum on Japan in talks to end a decades-long territorial dispute, but called on Tokyo to recognize the results of World War Two. 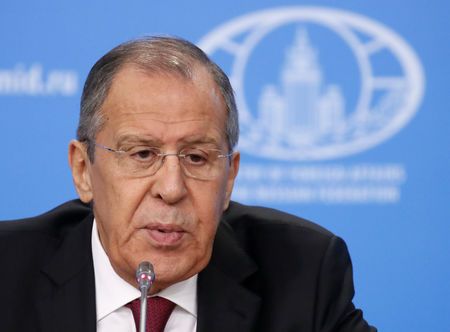 TEHRAN, Young Journalists Club (YJC) - Japan is seeking a peace deal with Russia it hopes will end a dispute over islands captured by Soviet troops in the last days of World War Two, a disagreement that has long soured bilateral relations.

The islands are known as the Southern Kuriles in Russia and the Northern Territories in Japan, and Japanese Prime Minister Shinzo Abe has launched a diplomatic campaign to strike a deal with Moscow.

Russia says Tokyo must recognize Russian sovereignty over the islands before progress can be made in peace talks, however.

"These are not pre-conditions, it's just an effort to understand why Japan is the only country in the world which cannot say: 'I accept the results of World War Two in their entirety'," Lavrov told a news conference.

Japanese Foreign Minister Taro Kono held talks about the territorial dispute with Lavrov in Moscow on Monday and Shinzo Abe is to have discussions with Russian President Vladimir Putin on Jan. 22.

Lavrov has said a Russian desire to normalize relations with Tokyo meant it agreed to step up talks about the territorial dispute and the peace deal, but that significant differences remain between the two sides.

Opinion polls show most Russians oppose handing back the islands to Japan, and Russian nationalists plan to stage a demonstration in Moscow this weekend calling on the Kremlin to keep the territory.