TEHRAN, Jan 17-British Prime Minister Theresa May's government has won a vote of no confidence with 325 votes versus 306. 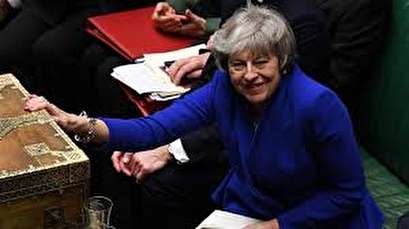 The Wednesday vote means that May will now press ahead with talking to lawmakers from all parties to try to find a consensus over how to proceed with Britain's departure from the European Union, after her proposed deal was rejected by parliament.

The prime minister said she had invited parliamentary party leaders to meet her on Wednesday evening to try to break the deadlock over Brexit.

The leader of Britain's opposition Labour Party, Jeremy Corbyn, said May had to rule out the possibility of a no-deal Brexit before holding cross-party talks on how to take Britain out of the European Union.

Labour called the vote on Tuesday after May's Brexit plan was rejected by an overwhelming majority in parliament.