TEHRAN, Jan 17-President Donald Trump is set to unveil the results of the long-awaited missile defense review on Thursday. 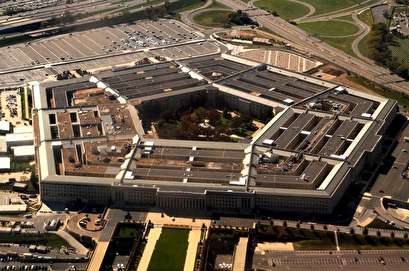 Trump will visit the Pentagon in Arlington, Va., Thursday morning where he will reveal the results of the two-year review looking at the status of America's missile defense capabilities.

The review is considered the first comprehensive analysis of the global missile threat since 2010 by the White House and will call for additional deployments of anti-missile systems in the U.S. and internationally, as well as more research for space-based defense systems, Politico reported based on a teleconference with a senior administration official previewing the report.

"In the time between, we've seen a significant change to the threat environment, an environment in which potential adversaries have been rapidly developing, fielding a much more expanded range of new and offensive missiles," the official said.

The review will discuss the possibility of establishing a third site with ground-based missile interceptors in the United States to defend against intercontinental ballistic missiles.

It will however stop short of a decision on whether the Pentagon should pursue such an initiative, a senior official told the Washington Post.

U.S. missile defenses have previously focused on combating threats from rogue nations such as North Korea and Iran, but the review will suggest methods through which the U.S. can enhance protection of its forces and allies from regional missile threats or attacks on American interests internationally.

"We are expanding the scope of what we're postured to defend against," a senior administration official said during the call.