TEHRAN, Jan 17 - Winning over the military is paramount if Venezuela's opposition-controlled parliament is to succeed in forcing President Nicolas Maduro from power, experts say. 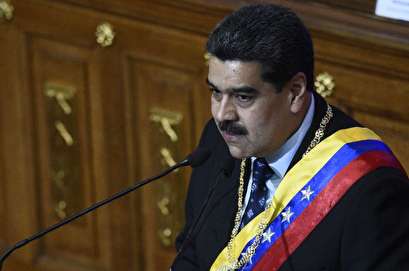 TEHRAN, Young Journalists Club (YJC) - The National Assembly has stepped up the pressure this month in its power struggle with Maduro and his regime, calling for a mass people's protest next week, reaching out for international support and offering "amnesty" to those in the military that disavow Maduro.

Led by the its 35-year-old president, Juan Guaido, the legislature is embarking on an ambitious bid to wrestle back the power it was stripped of in 2017 by a Supreme Court filled with Maduro loyalists.

Success, though, depends on support from one entity more than any other.

"The key is the armed forces, which is guided by a leadership that fears losing its political and economic influence, and a change of government" that would remove its protection against prosecution "for corruption and human rights violations," Diego Moya-Ocampos, an analyst at London based consultants IHS Markit, told AFP.

Parliament has declared Maduro a "usurper" while Guaido claims the Venezuelan constitution allows him to assume power and set up a transitional government ahead of elections.

But with the Supreme Court annulling every decision the legislature makes, and the military high command declaring "loyalty" to Maduro when he was sworn in for a second six-year term on January 10, the National Assembly is lacking in domestic might.

"The opposition is relaunching its strategy, but it needs a lot more than a constitutional base to achieve change," added Moya-Ocampos.

"It needs a more determined support from the international community and for the protests to make the armed forces and apparatus of repression cave in."

The scale of the opposition's public support will be seen on January 23 -- the day in 1958 that the military dictatorship of Marcos Perez Jimenez fell -- when it has called for a mass protest against Maduro.

The government has responded by calling for a counter demonstration in support of the president.