TEHRAN, Jan 19 - Earlier this week, UK Prime Minister Theresa May's agreement on the country's withdrawal from the EU was rejected by more than two-thirds of the country's lawmakers, in what further sparked fears of a no-deal Brexit. 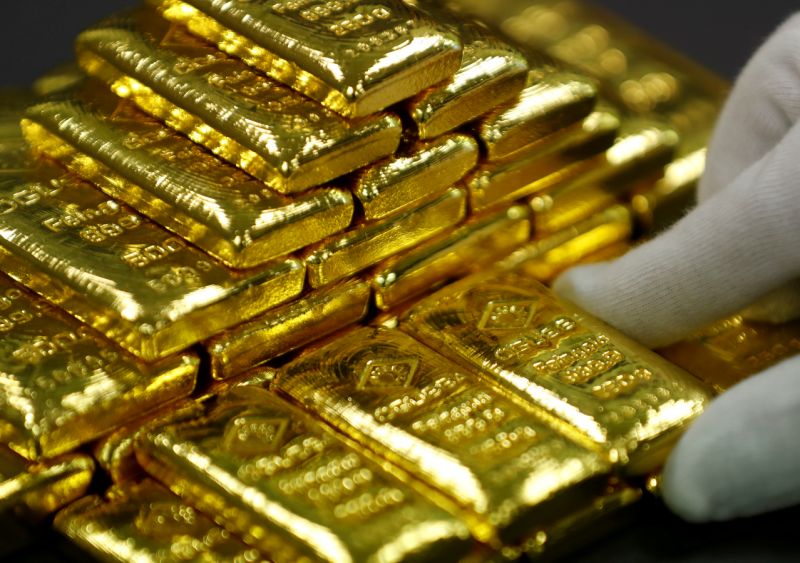 TEHRAN, Young Journalists Club (YJC) - Residents of Northern Ireland are "worried about a significant devaluation in sterling if there's a hard Brexit" and are eager to buy gold, according to Seamus Fahy, co-founder of Merrion Vaults, a gold brokerage and safe deposit facility in the Irish capital Dublin. Fahy told AFP news agency that the past twelve months have seen a 70-percent increase in clients from the region.

"Customers are taking money — physical money — out of the bank and they're buying gold bullion with us to store it, and it's a hedge," he said.

The most popular data-x-items include one ounce (30 gram) gold bars, and coins such as South African Krugerrands, Canadian Maple Leafs and British Britannias, worth roughly 1,364 dollars (1,200 euros) each.

Over the past six months, these data-x-items have increased in value by approximately ten percent.

Fahy noted that he saw a "big uptick" in gold demand in December 2018, when UK Prime Minister Theresa May cancelled the parliamentary vote on her Brexit deal.

"In times of crisis you always see what's called this 'flight to safety' — so people go into US government bonds, gold bullion, Swiss francs etc.", he underscored.

Alistair Hewitt, head of market intelligence at the World Gold Council, in turn told AFP that "you often see local events driving local demand", in an apparent reference to the so-called "Irish backstop" and the future trade and border status of Northern Ireland; this remains a pressing issue for the UK as it moves ahead with Brexit.

At the same time, he claimed that the Brexit gold rush "probably petered out a little bit" in the past few years because many investors "suffered a bit of Brexit fatigue".

Earlier this week, the Brexit agreement's rejection by the UK parliament further stoked fears of a no-deal scenario as there are less than 10 weeks left before the March 29 deadline, after which Britain will pull out of the EU.