TEHRAN, Jan 18 -The United States is demanding regular reviews of China’s progress on pledged trade reforms as a condition for a trade agreement but could again resort to tariffs if Beijing is deemed to have violated the agreement, according to sources. 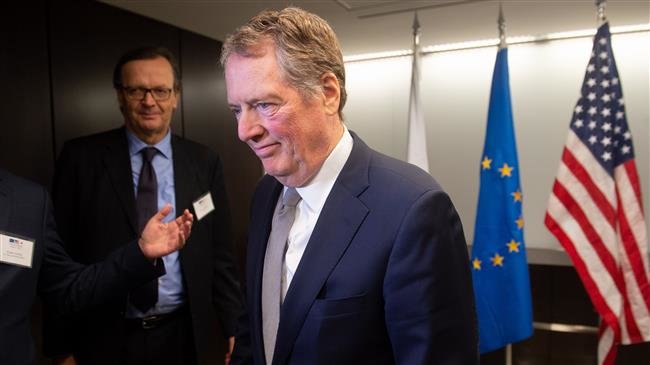 TEHRAN, Young Journalists Club (YJC) -“The threat of tariffs is not going away, even if there is a deal,” said one of three sources briefed on the talks who spoke with Reuters on condition of anonymity.

Chinese negotiators were not keen on the idea of regular compliance checks but Washington’s proposal “didn’t derail negotiations,” the source said.

A continuing threat of tariffs hanging over commerce between the world’s two largest economies would mean a deal would not end the risk of investing in businesses or assets that have been impacted by the trade war.

A process involving enforcement and verification of trade reforms is unusual for trade deals and is similar to the process around punitive economic sanctions such as those imposed on North Korea and Iran.

“It looks like humiliation,” a Chinese source said. “But perhaps the two sides could find a way to save face for the Chinese government.”

The administration of US President Donald Trump has imposed import tariffs on Chinese goods to put pressure on Beijing to meet a long list of demands that would rewrite the terms of trade between the two countries.

The demands include changes to China’s policies on intellectual property protection, technology transfers, industrial subsidies and other trade barriers.

Regular reviews would be one potential solution to address a demand from US Trade Representative Robert Lighthizer for ongoing verification of any trade pact between the two countries, three sources familiar with the talks told Reuters.

The focus on regular reviews in current negotiations underscores the growing distrust between the two countries.

Trump’s administration has accused China of repeatedly failing to follow through on previous pledges to implement reforms sought by the United States. However, there is little sign that China will make the concessions the US is seeking.

Trump and Chinese President Xi Jinping agreed to a 90-day truce in the trade war in December to give their teams time to negotiate a deal.

US officials say Chinese plans for state-led development in industries like robotics and other technologies have led to a massive trade surplus with the US and the loss of millions of manufacturing jobs and is eroding US economic and technological leadership.