TEHRAN, Jan 20 - President Ashraf Ghani has formally registered as a candidate for Afghanistan's delayed presidential election, which is scheduled to be held on July 20. 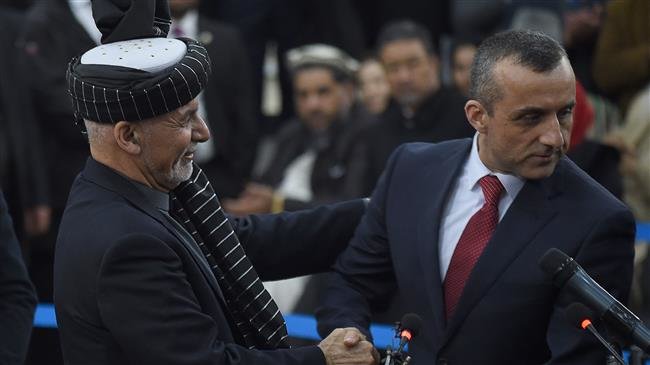 TEHRAN, Young Journalists Club (YJC) - "A strong government can solve the current crisis. The crisis this country has faced in the past 40 years has been because of lack of a strong government," Ghani said in a brief speech after registering in the capital Kabul on Sunday.

"I started the peace initiative and our team will bring stable and long-lasting peace to the country," he added.

Elsewhere in his speech, Ghani vowed to combat poverty.

The registration will set up a rematch with Chief Executive Officer Abdullah Abdullah in the July ballot.

Abdullah, Ghani's partner in the fragile unity government, is among at least 14 other candidates who have joined the race. Ghani is seeking a second term. He was elected in a fraud-tainted poll in 2014 that was only resolved in a power-sharing deal with Abdullah.

Ghani has replaced his current first vice president, Uzbek warlord Abdul Rashid Dostum, with Amrullah Saleh, an ethnic Tajik and a staunch opponent of the Taliban, for his 2019 ticket.

The incumbent Afghan president, an ethnic Pashtun, needs to expand his support beyond Afghanistan's largest ethnic group and build alliances with other ethnic groups.

There are also concerns that the presidential election, which will now be held in the middle of the Taliban's traditional fighting season, could unleash a wave of deadly violence as militants seek to disrupt the vote.

Afghanistan approaches the presidential election at a time when Kabul has stepped up efforts to convince the Taliban to end more than 17 years of militancy amid Washington’s failures on the battleground.

The United States, too, has been holding talks with the Taliban. The US State Department's special envoy, Zalmay Khalilzad, has said that he had held "productive" meetings in Abu Dhabi with Afghan and international partners "to promote intra-Afghan dialogue towards ending the conflict."

The talks are the latest in a flurry of diplomatic efforts aimed at putting an end to the war in Afghanistan, which began with the US-led invasion in 2001.

US President Donald Trump has ordered the start of withdrawing some 7,000 troops from Afghanistan, about half of the total number of American boots on the ground in the war-torn country.

Taliban militants have pledged to step up their attacks unless US forces fully withdraw from Afghanistan.