TEHRAN, Jan 20 -A national general strike is the fastest way to end the ongoing government shutdown in the United States, an American political analyst says, as an impasse between Democrats and President Donald Trump over his border wall is about to enter the fifth week. 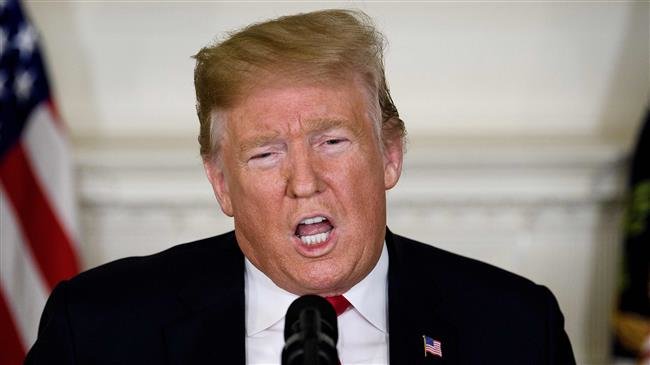 TEHRAN, Young Journalists Club (YJC) -“The highest priority at the moment is opening the government but how to get it done is loaded with very unrealistic solutions,” Myles Hoenig, a former Green Party candidate told Press TV Sunday.

“Probably the fastest way to resolve the shutdown is for there to be a general strike in the US. Not just the government employees and their state government allies but a real national general strike, something this country is not used to,” he added.

Earlier in the day, Republican Representative Lee Zeldin suggested that Trump and all members of Congress should be locked in a room and left unpaid until they reach a deal to end the longest ever US government shutdown.

The bizarre statement came after Democrats rejected an offer by Trump to end the shutdown, which began on December 22 over the president’s plea for $5.7 billion to build his controversial wall on the US-Mexico border.

In his proposal, Trump agreed to extend temporary protections for young undocumented immigrants brought to the US as children -- known as Dreamers -- and individuals from some Central American and African nations, in exchange for the partial border wall funding.

The president also agreed to limit the wall to crucial parts of the border, where illegal immigration was a problem. He had originally pledged to extend the wall along the whole border, which is over 2,000 miles long.

The swift rejection of the deal meant that about 800,000 federal employees would remain unpaid or furloughed until the government is re-opened. They have already missed a paycheck as a result of the political row.

“But a strike among all, or most sectors of society, would send a very powerful message to both parties that workers in America do not share the same go-slow approach and conservative action to policy making in Washington by both parties,” Hoenig said.

The continuation of the shutdown, he said, risked “bankruptcies, deaths, and homelessness,” the analyst further warned.

But staging a walkout of this magnitude required all people, from any political background, to step up, he said.

Only when that objective is fulfilled, Trump and Democrats would start to reconsider their current insistence on wielding political power over one another, he argued.

“The resolution that is needed would require a very unrealistic expectation, and that is that Donald Trump, not as president but as an individual, would have to accept that he is no longer in absolute control of the situation and would have to compromise on issues that he ran on, the wall, and prospects for 2020 would be diminished,” Hoenig said.

“If the Democrats remain adamant about not funding it, which is not their nature to be so principled, then along with pressure from workers hurt by the shutdown and Americans who sympathize, Trump would be forced to give in a bit,” he added.