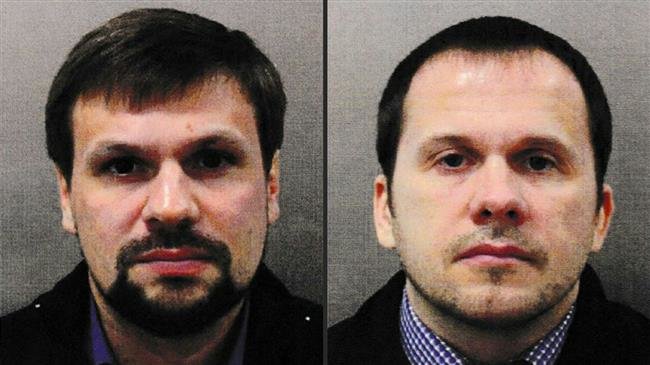 Igor Olegovich Kostyukov, the GRU chief, and his deputy, Vladimir Stepanovich Alexseyev, were also blacklisted over their role in the attack which British officials claim was carried out using a Soviet-era military-grade nerve agent called Novichok.

Russia has consistently denied any involvement in the attack which left Skripal and his daughter Yulia in need of special medical treatment.

The two Russians believed to have carried out the attack on Skripals spoke to the Russian TV following the attack and said they had been in Salisbury in March last year only for tourism. The two have also denied any links to the GRU.

Some Russian officials believe the Skripal case, which went on to trigger a serious diplomatic standoff between Moscow and London, was a fabrication by British intelligence officials to undermine efforts to normalize relations between the West and Russia following deterioration over a crisis in Ukraine.

The UK-EU sanctions, a first meant to combat use of chemical weapons, also targeted certain officials in the Syrian government for their alleged role in chemical attacks in the country.

Syria has denied accusations it targeted civilians with chemical weapons, saying such attacks over the past years had been carried out by terror groups.