TEHRAN, Jan 23 - Leader of the Islamic Revolution Ayatollah Seyyed Ali Khamenei says Iran must maintain and increase the pace of its scientific progress. 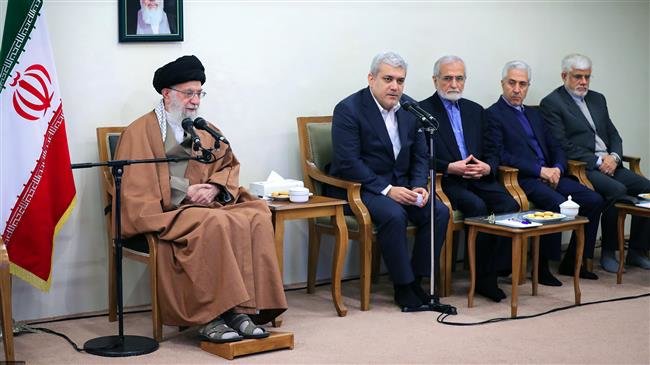 TEHRAN, Young Journalists Club (YJC) - In a Wednesday meeting with officials and personnel from the Iranian Institute for Cognitive Science Studies (ICSS) in the capital, Tehran, on Wednesday, Ayatollah Khamenei described Iran’s scientific progress over the past 20 years as good but stressed that that progress should gain more momentum.

“The pace of this scientific movement [forward] must not slacken; rather, it must be maintained and augmented for the 20 to 30 years to come so that we reach the pinnacle [of scientific growth],” the Leader said.

Ayatollah Khamenei said Iran must not be content with its current level of advancement in science or pause its progress.

“If we lag [even] slightly behind the global scientific progress, we will no more be able to catch up and reach scientific peaks; therefore, no pause whatsoever must occur in our scientific advancement,” the Leader said.

Ayatollah Khamenei said he was fully aware of the budgetary shortfalls at the country’s cultural and scientific centers but stressed that, with perseverance, Iran could still and in the midst of political and economic problems, accomplish great tasks.