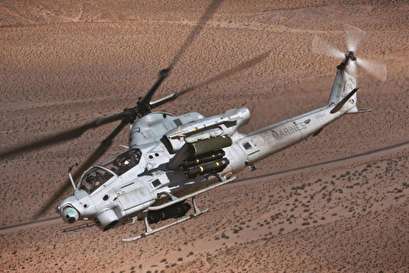 TEHRAN, Young Journalists Club (YJC) -The company, which is a subsidiary of Textron Inc., will build the aircraft and stores control units at its headquarters in Fort Worth and in Amarillo, Texas, the Navy announced Friday. The contract is a modification to a previously awarded fixed-price-incentive contract.

Bell Helicopter expects to finish the work by January 2022.

Navy fiscal 2018 aircraft procurement funds will be obligated at time of award, none of which will expire at the end of the current fiscal year.

The AH-1Z, which is known as the Zulu Cobra, is a twin-engine attack helicopter based on the Bell AH-1W SuperCobra. The upgraded avionics, weapons and electro-optical sensors are designed to find targets at long ranges and use precise weapons.

"The Zulu is the only attack helicopter in the world with a fully-integrated air-to-air missile capability," the company said on its website. "Target identification is crucial in the modern battlefield. The Bell AH-1Z's Target Sight System provides the longest range and highest accuracy of any helicopter sight in the world."

In 2005, the Marine Corps accepted delivery of the first AH-1Z production helicopter, which was declared combat ready in 2010.