TEHRAN, Jan 23 -Lebanese Parliament Speaker Nabih Berri has described any further delay in the formation of a new national unity government in the Arab country as “a national crime.” 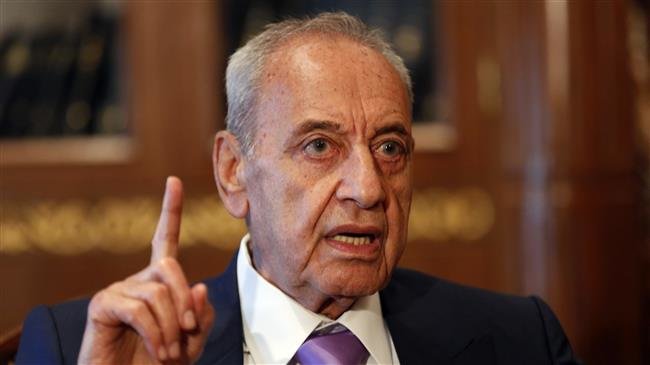 TEHRAN, Young Journalists Club (YJC) - “There is a new momentum to form a government within a week or less. The atmosphere is good and positive, and if we continue to delay the formation of the government we are starting to commit a national crime,” Berri said during his weekly meeting with lawmakers in Beirut on Wednesday.

He added, “The Moody's report on the classification of Lebanon requires everyone to overcome disputes and divisions and work towards addressing lingering challenges. With the presence of a government, we can take appropriate actions and answer existing issues.”

The remarks came a day after a report by Moody's Investors Service downgraded Lebanon’s long-term investment ratings to Caa1 from B3, reflecting the urgent need for formation of a new government in the country, implementation of reforms and reduction of budget deficit.

On January 13, Russian Ambassador to Lebanon Alexander Zasypkin urged Lebanese officials to speed up the government formation in order to start necessary reforms in the country.

“We are communicating with all political parties in a bid to facilitate the government formation,” Zasypkin was quoted as saying by independent Arabic-language Elnashra online newspaper.

Lebanon's first parliamentary vote in nine years was held on May 6, with over 500 candidates vying for seats. Turnout was 49.2 percent, according to officials.

According to official results, Hezbollah and its political allies secured over half the seats.

Hezbollah as well as groups and individuals affiliated to it won at least 67 seats in Lebanon’s parliament, according to the results cited by politicians and campaigns and reported in Lebanese media.

Hezbollah's allies include the Amal Movement led by Berri and the Christian Free Patriotic Movement founded by Aoun.

The parliamentary seats are split evenly -- 64 for Christians and 64 for Muslims, including Druze, with the two halves further divided among 11 religious groups.

Hariri has called on political parties to “show modesty” in their demands regarding the new government, emphasizing that he is not responsible for the serious delay.

“They are blaming me for the delay whereas each party is clinging to its stances and demands,” he told reporters on August 7 ahead of a meeting for the Future Movement’s parliamentary bloc.

“Everyone must display modesty and sacrifice for the sake of the country,” Hariri said.

Political rivalry led to years of governmental paralysis in Lebanon, and the country did not produce a state budget from 2005 until last year.

The International Monetary Fund has said that Lebanon must urgently address its fiscal policy in order to sustain its high levels of public debt.