TEHRAN, Jan 24 -The small trial is meant to test the efficacy of a powdered form of a combination vaccine for TB that can be freeze-dried for shipping to locations without refrigeration. 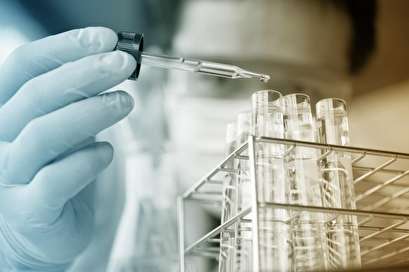 The ID93 + GLA-SE is a vaccine candidate to be administered to stop reactivation or reinfection of TB in patients who have already taken the BCG vaccine or who currently have the disease, say researchers testing it.

During a Phase 2a clinical trial, ID93 + GLA-SE was proven to be safe and immunogenic in South African adults who already took the standard therapy to cure their TB.

For the trial, the researchers are testing a combination of ID93 and GLA-SE, an adjuvant immune response-stimulating protein.

The new vaccine candidate has also shown promise in early-stage trials within the United States.

"Tuberculosis remains the leading infectious cause of death worldwide, and a highly effective vaccine would be a crucial tool in ending this pandemic," Anthony S. Fauci, director of the National Institute of Allergy and Infectious Diseases, said in a news release. "A vaccine that did not require a cold chain could be much more easily distributed to communities in need."

To date, Bacillus Calmette-Guérin is the only TB vaccine approved by the Food and Drug Administration, and is normally given to infants to prevent "meningitis and disseminated disease." But it doesn't adequately keep children and adults from developing the disease.

Globally, the World Health Organization reports that about 1.8 billion people have been infected with Mycobacterium tuberculosis, which causes TB. Last year, 1.6 million people worldwide died from the disease.

The Centers for Diseases Control and Prevention says more than 70 percent of TB cases in the U.S. people not born in the country.

To combat the global problem of TB, the United Nations and CDC met with over 1,000 heads of state, health officials, non-profit organizations and survivors from nations around the world to draft the "Political Declaration on TB."