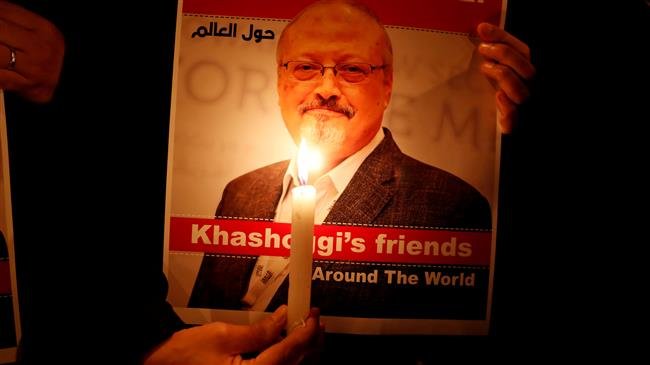 TEHRAN, Young Journalists Club (YJC) - Amnesty International made the demand on Friday after it obtained new reports of torture and abuse against 10 human rights activists who have been held in an unknown location in Saudi Arabia since last summer.

“The Saudi Arabian authorities have repeatedly proven themselves unwilling to effectively protect detainees from torture, or to carry out impartial investigations into claims of torture in custody. That is why we are calling on Saudi Arabia to give independent monitoring bodies immediate and unfettered access to the detained activists,” said Lynn Maalouf, Amnesty International’s Middle East research director.

Earlier, Human Rights Watch (HRW) said monitors also had to get access to the royals and businessmen still being held in what the Riyadh regime claims is an anti-corruption campaign but is commonly believed to be an attempt by Saudi Crown Prince Mohammed bin Salman to silence his domestic critics.

“Saudi Arabia’s internal investigations have little chance of getting at the truth of the treatment of detainees, including prominent citizens, or of holding anyone responsible for crimes accountable,” said Michael Page, the deputy Middle East director at HRW.

Former Riyadh governor Prince Turki bin Abdullah, Saudi-Ethiopian billionaire Mohammed al-Amoudi, and former economy minister Adel Fakieh are believed to be among those still held in detention since Mohammed started rounding up his critics in November 2017.

“Independent monitors can help confirm what has happened to people detained during these operations and find out about their current wellbeing,” Page said, adding, “Without such scrutiny, there is every reason to believe that the Saudi authorities may still be treating them with unspeakable cruelty.”

A group of British lawmakers threatened to release a detailed report on allegations of torture if Riyadh did not give them access to the women detainees by the end of the month, British media reported on Thursday.

On January 2, a cross-party group of British parliamentarians and international lawyers asked Saudi Arabia to allow them access to the maximum-security Dhahban prison, where the regime holds female activists, but the request has not received a response.

In recent years, the Al Saud regime has come under intense pressure by rights groups for mistreating women, among other minorities.

Since May, Saudi authorities have detained more than a dozen prominent women’s rights activists, most of whom have formerly campaigned for the right for women to drive.

Saudi Arabia’s human rights record has also come under scrutiny after the killing of dissident journalist Jamal Khashoggi inside the kingdom’s consulate in the Turkish city of Istanbul last October.