Silence of the Lambs: The Case of Marzieh Hashemi

TEHRAN, Jan 26 -In the wake of the outcry after the abduction and murder of Saudi journalist Jamal Khashoggi—in a foreign country and under the directive of a rogue Crown Prince—one would think the threshold to condemn the detention of an American journalist in the United States without charge or trial would be quite low. Unfortunately, it has proven to be nearly insurmountable. 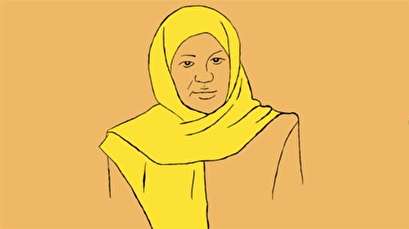 Rannie Amiri is an independent Middle East commentator and the following article first appeared at Counterpunch.

Marzieh Hashemi, a US citizen and anchorwoman of Iran’s English-language news station, Press TV, had been held under these circumstances for 10 days beginning shortly after her arrival to St. Louis Lambert International Airport on January 12 to work on a documentary on the Black Lives Matter movement. She was finally released, again without charge, on Wednesday January 23.

Hashemi was purportedly an alleged material witness in an as-yet unspecified investigation. She was forced to remove her headscarf and offered pork to eat, both against the tenets of her religion, before being transferred to Washington, D.C. to an unknown location.

As such, the muted response of those organizations whose primary purpose is to stand for press freedoms and human rights and against religious intolerance was rather remarkable.

The Committee to Protect Journalists “expressed concern” in their statement on the situation but simultaneously found it necessary to add that, “Iran routinely jails journalists” as if to provide pretext for the US to do likewise.

The Council on American-Islamic Relations (CAIR), the self-proclaimed largest US Muslim civil rights advocacy organization, called on the Department of Justice to merely “explain” why an American citizen living in Iran was deprived of her religious and due process rights. Indeed, CAIR’s national executive director politely asked law enforcement officials to just “clarify” the matter.

The incarceration of Hashemi was nowhere to be found on the Reporters Without Borders action page. Even the American Civil Liberties Union was seemingly mum on the case despite its salient “No Charges? No Trials? No Justice” article on Indefinite Detention.

The FBI and federal officials confirmed Hasehemi was not accused of or charged with any crime although little else is being said. The allowance that a witness may be so held if they are considered a flight risk, unwilling to respond to a subpoena or testify in a criminal proceeding of vital importance is more properly debated in legal circles (never mind that the myriad of legal experts routinely appearing on the various US cable news channels have not said anything on Hashemi but had the time to speak at length about CNN’s Jim Acosta’s ban from White House press briefings).

However, the circumstances of Hashemi’s detention, that she is employed by an Iranian television station and in the context of the bellicose rhetoric adopted by Secretary of State Mike Pompeo and National Security Advisor John Bolton against Iran, made her confinement more than suspect.

Regardless of the legal ramifications and precedent set, the silence of groups and organizations regarding her ill-treatment and custody set an equally dangerous one. It highlights what little courage it takes to condemn atrocities committed abroad by foreign governments yet the mistreatment of an American journalist on domestic soil by US authorities will go unchecked.

It is this duplicitous, timid, half-hearted-to-absent response which requires “explanation” and “clarification” for us all.