Lack of sleep speeds up Alzheimer's damage in brain

TEHRAN, Jan 26 -New research has dug deeper into the connection between lack of sleep and Alzheimer's disease. 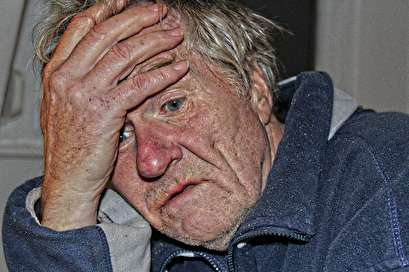 TEHRAN, Young Journalists Club (YJC) -Sleep deprivation raised the level of the protein tau, the main protein that contributes to Alzheimer's development, according to a study published Thursday in Science.

In fact, tau levels shot up by 50 percent in the brains of the people who went all night without sleep, according to researchers. Follow-up research with animals showed that sleep deprivation sped up tau growth in the brains of lab mice as well.

"The interesting thing about this study is that it suggests that real-life factors such as sleep might affect how fast the disease spreads through the brain," David Holtzman, head of the Department of Neurology at Washington University School of Medicine in St. Louis, said in a news release. "We've known that sleep problems and Alzheimer's are associated in part via a different Alzheimer's protein -- amyloid beta -- but this study shows that sleep disruption causes the damaging protein tau to increase rapidly and to spread over time."

The study pulled researchers closer to the role of sleeplessness in tau accumulation, clearing up some uncertainty about the protein's role.

Healthy people can have tau in their brains, yet display no symptoms of cognitive dysfunction. Tau only gets messy when it twists and tangles, which damages nearby brain tissue. That tangled tau eventually spreads to other portions of the brain, clouding a person's ability to think.

During the experiment with mice, the researchers noticed that normal sleep allows the brain to clear away unwanted tau, and obviously staying awake interrupts that process.

"Getting a good night's sleep is something we should all try to do," Holtzman said. "Our brains need time to recover from the stresses of the day. We don't know yet whether getting adequate sleep as people age will protect against Alzheimer's disease. But it can't hurt, and this and other data suggest that it may even help delay and slow down the disease process if it has begun."