Spy novels, 'daigou' and democracy: the many lives of Australian writer held in China

TEHRAN, Jan 27-A Chinese-born Australian writer detained by authorities in Beijing for suspected espionage has long been a divisive figure among overseas Chinese dissidents and activists. 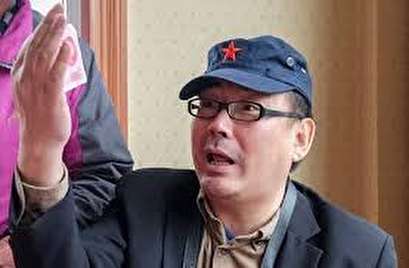 TEHRAN, Young Journalists Club (YJC) -To his supporters, Yang Hengjun is a dedicated democracy activist who believed that China’s autocratic system would, with time, necessarily liberalize. His detractors say he had long since abandoned criticizing the ruling Chinese Communist Party in favor of protecting his personal and business interests.

Yang, 53, whose legal name is Yang Jun, was detained in southern China’s Guangzhou while waiting for a transfer to Shanghai earlier this month, after flying in from New York.

He was taken to Beijing, where China has said the city’s State Security Bureau is holding him under “coercive measures”, a euphemism for detention, as he is investigated on suspicion of “endangering state security”.

Yang’s lawyer, Mo Shaoping, told Reuters his client was suspected of “espionage”, and was being held under “residential surveillance at a designated location”, a special detention measure that allows authorities to interrogate suspects without necessarily granting access to legal representation.

Although his recent writing has mostly avoid Chinese politics, Yang first became prominent in the early 2000s when he earned the nickname of “democracy peddler”.

Before censorship of China’s microblogs intensified, Yang’s essays on topics ranging from Chinese nationalism to the fate of ethnic minorities in Tibet, made him a popular commentator. He also wrote a trilogy of spy novels set in China.

More recently, Yang had largely steered clear of issues deemed sensitive by the Communist Party, only occasionally writing about U.S. politics, and instead had thrown his energy into a “daigou” business, procuring overseas products for Chinese buyers.

An employee of the store, who declined to be named, said that Yang started the store at the request of his readers, who wanted to buy real and fairly priced goods. Asked what would happen to the store now, he said he was waiting for instructions.