UN investigator in Khashoggi case demands access to Saudi consulate in Istanbul, not allowed yet

TEHRAN, Jan 27-A United Nations expert who has been assigned to investigate the state-sponsored assassination of Saudi Arabian dissident Jamal Khashoggi says she has requested access to Riyadh’s consulate in Istanbul, where the critic was brutally killed, but has not heard from Riyadh yet. 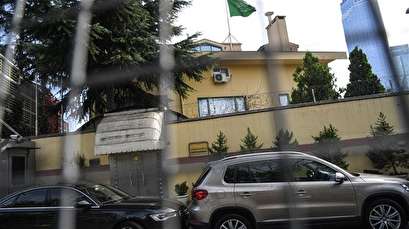 TEHRAN, Young Journalists Club (YJC) -Agnes Callamard, the UN special rapporteur on extrajudicial, summary, or arbitrary executions, said on Saturday that she had sought permission to visit the Saudi diplomatic perimeter, where Khashoggi was murdered in October last year, and also to meet the Saudi ambassador to Turkey, but had not yet received a reply from Saudi authorities.

Earlier this week, the UN investigator announced that she would be heading “an independent international inquiry” into Khashoggi’s murder, starting with a visit to Turkey from January 28 to February 3.

Callamard said she would be accompanied by three experts who have forensic expertise, among other skills, during the visit to Turkey to determine the circumstances of the crime and “the nature and the extent of states’ and individuals’ responsibilities for the killing.”

Khashoggi — a late but vocal critic of Saudi Crown Prince Mohammed bin Salman — was killed and his body was dismembered by a Saudi hit squad inside the kingdom’s Istanbul consulate on October 2, 2018.

After weeks of outright denial the killing, the Riyadh regime eventually acknowledged the murder.

Turkey, which offered evidence of Khashoggi’s brutal murder soon after he failed to exit the Saudi consulate, has indirectly suggested that Mohammed ordered his killing.

In the course of the scandal, Saudi Arabia has attempted to shift the blame for Khashoggi’s murder to Mohammed’s underlings, including at least one of his advisers. It has claimed that the criminality somehow stops short of reaching the crown prince himself.

But international suspicion remains largely directed at Mohammed. The Washington Post, for which Khashoggi was a columnist, reported in November last year that the CIA had concluded that Mohammed ordered his killing.

Elsewhere in her Saturday remarks, Callamard said the probe she was heading was “necessary.”

“I conceive of this inquiry to be a necessary step, among a number of others, towards crucial truth telling about and formal accountability for the gruesome killing of Mr. Khashoggi,” she said.

Callamard also said she had requested information from other authorities, including in the United States.

“It is hoped this will help ensure accountability and transparency in this case and may open new avenues for the prevention and protection of the right to life in other cases, including of journalists and human rights defenders, and accountability for their killings,” she said.

Callamard’s findings and recommendations are expected to be reported to the UN Human Rights Council at a June 2019 session.

Separately on Saturday, British weapons and military equipment manufacturer BAE Systems, an arms exporter to Saudi Arabia, complained that Khashoggi’s murder and the war on Yemen had damaged the kingdom’s reputation in the world.

“Two issues damaged the position of Saudi Arabia in the eyes of the world — the Khashoggi affair is one of them and also the war in Yemen,” BAE Systems Chairman Roger Carr told Sky News.

BAE systems has sold Eurofighter Typhoon jets and provided engineering support to the Saudi Air Force, which has been involved in a deadly war on Yemen since March 2015.

“What we want to see, by being a consistent and critical friend, is that Saudi Arabia, needs to return to the pathway it was on and develop in the way it was,” Carr said.