TEHRAN, Jan 28 - The UK has acknowledged that it is unreasonable to expect Iraq to sever relations with neighboring Iran but called on Baghdad to reduce its reliance on Tehran. 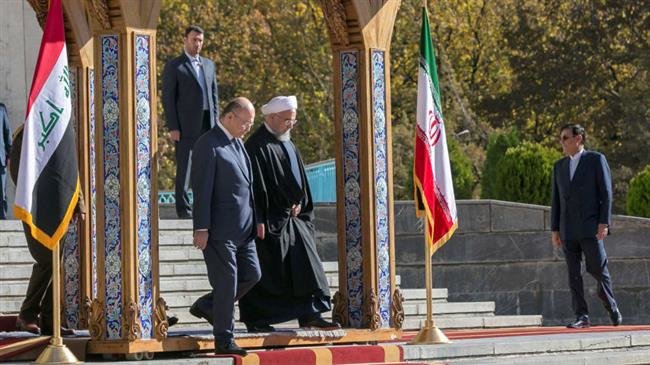 TEHRAN, Young Journalists Club (YJC) - Iraq has extensive trade ties with Iran and heavily depends on Iranian natural gas imports, but such close relations do not sit well with the West whose leaders want the two neighbors to remain disengaged.

Britain’s Minister of State for the Middle East Alistair Burt was the latest to bring up the subject in Baghdad Sunday, calling on Iraqi leaders to keep Iran at an arm's length.

“What is important is that Iraq finds the opportunity to follow its own future in terms of foreign relations and that its economy is strong, and isn’t reliant on Iran,” he told Reuters at the UK Embassy in Baghdad.

However, “to expect Iran to have no influence in Iraq is fanciful,” said Burt who is the latest on a long list of Western officials visiting Iraq over the past weeks, with Iran being a key subject on their itinerary.

At the center of their discussions is the argument that US President Donald Trump’s surprise decision to pull out troops from Syria would lead to Iran digging its heels in Iraq.

Burt played down the possibility of a military standoff between Iran and the US in Syria amid American warnings of a "confrontation which might occur should there be a miscalculation."

Barring extensive economic ties, Iran and Iraq have deep-rooted religious bonds which have grown in recent years, marked by cross-border trekking of millions of pilgrims to Karbala and Najaf.

Iran was famously the first country to rush to Iraq's help in 2014 when Daesh terrorists reached the gates of Baghdad as the Arab country's pleas for help from the US and other countries went unheeded.

With the Iraqi government overwhelmed by the number of volunteers after Grand Ayatollah Ali al-Sistani's fatwa for Jihad, Iranian military advisers stepped in to train and prepare them for combat.

Several Iraqi leaders have acknowledged that without Iran's help, their country would have fallen to Daesh.

Burt's visit followed similar high-profile stops in Baghdad by Trump and his secretary of state, Mike Pompeo, to forward plans to form an international anti-Iran front.

Years of political clashes along with a devastating US invasion have destroyed most of Iraq’s critical infrastructure, leaving it heavily reliant on power imports from Iran.

Currently, Iraq imports about 1.5 billion standard cubic feet per day of gas plus electricity and a wide range of goods from Iran.

Iraq shares a 1,450-kilometer border with Iran. Their annual trade stands at $12 billion but the two neighbors are seeking to raise it to $20 billion in the near future.

The US gave Iraq a 45-day waiver for imports of gas from Iran in November 2018 when it re-imposed the second round of sanctions on Tehran. In December, the United States extended the waiver for 90 days.

Iraq’s former prime minister and leader of the opposition al-Wataniya faction in parliament Ayad Allawi warned back then that the new US sanctions on Iran would have deep impact on the Iraqi economy.

On Sunday, Iraqi Foreign Minister Muhammad Ali al-Hakim said his country was not going to partake in an anti-Iran conference that Washington will co-host with Poland in Warsaw next month.

Hakim said Baghdad had not received an invitation from the US to attend the meeting, "but it will certainly turn it down if it gets one.”

"We will not take part in such meetings, because we believe they are not in the interests of Iraq and the region,” he said.

This puts Iraq next to Russia and the European Union on a growing list of countries that are boycotting the planned event, which Iranian Foreign Minister Mohammad Javad Zarif has denounced as a "desperate anti-Iran circus.”