TEHRAN, Jan 28 -Malaysia remains steadfast in its support for the people of Palestine even after the International Paralympic Committee (IPC) stripped the Muslim-majority country of the right to host the 2019 Paralympic swimming championships for banning Israeli athletes from the event. 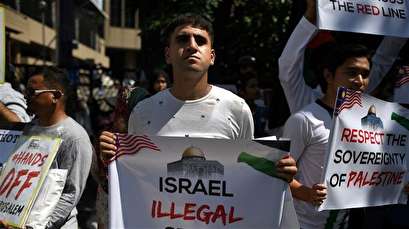 TEHRAN, Young Journalists Club (YJC) -Malaysia – a supporter of the Palestinian cause against the Israeli occupation -- announced earlier this month that it would not allow Israeli athletes to enter the country.

The measure irked the Tel Aviv regime, which called the decision “shameful” and urged the IPC to choose another venue for the World Para Swimming Championships if it fails to talk Kuala Lumpur into lifting the ban.

Following a series of discussions over the issue in London, the IPC announced on Sunday that a replacement host would be introduced for the same dates.

“When a host country excludes athletes from a particular nation, for political reasons, then we have absolutely no alternative but to look for a new Championships host,” said Andrew Parsons, the IPC president, in a statement after a meeting of the committee’s governing board.

Malaysia firm in support of Palestine

Reacting to the IPC’s pro-Israel decision, Malaysia’s Minister of Youth and Sports Syed Saddiq Syed Abdul Rahman, whose country has no diplomatic relations with the regime in Tel Aviv, said the Southeast Asian nation will stand by its decision “on the ground of humanity and compassion for the Palestinian plight.”

“If hosting an international sporting event is more important than standing up for our Palestinian brothers and sisters who get murdered, maimed and tortured by the Netanyahu regime, that means Malaysia has truly lost its moral compass,” he said in a statement.

The Malaysian minister had said on Friday that, “Malaysia should not be a complicit to a brutal and inhumane regime. Our Palestinian brothers and sisters have been murdered in cold blood and those who live, imprisoned for life in the open-air prison (of Gaza) tightly controlled by the Israeli regime.”

Prime Minister Mahathir Mohamad has also defended the ban on Israeli athletes, saying, “Every country has the right to accept or refuse entry of anybody.”

Some 600 swimmers from 60 countries were expected to compete in the championships in Kuching between July 29 and August 4. The event is a qualifying competition for the 2020 Tokyo Paralympics.

Israeli athletes are regularly banned from competing at international sporting events in Arab and Muslim countries.

This is not the first time Malaysia stops Israeli athletes from competing in a sports event. Two Israeli windsurfers had to pull out of a competition on Langkawi island after they were denied visa in 2015.