TEHRAN, Jan 28 -Facebook was bombarded with complaints that minors spent large sums of money playing games like Angry Birds and Ninja Saga on Facebook, while having no idea they were blowing 'real' cash, internal emails show. 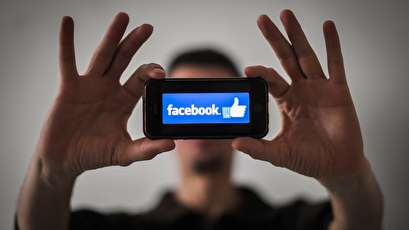 In 2012, an Arizona woman sued the tech giant after her 12-year-old son racked up around $1,000 in credit card charges while playing Ninja Saga. She claimed that neither she nor the boy knew that they were spending money on the game. The company eventually settled the case with the family.

This was far from an isolated incident. Facebook's internal emails describe how another family requested a refund after a 15-year-old accumulated more than $6,500 in charges playing an online game. The company was concerned with the influx of refund demands as chargeback rates for games on Facebook went as high as nine percent – well beyond what is considered a 'red flag' by the Federal Trade Commission.

Game developers also raised concerns. At one point, Rovio, the creator of the massive hit Angry Birds, emailed Facebook asking about the refund rates of "5-10 percent" for money spent on the game, which seemed "quite high." After analyzing the situation, Facebook concluded that more than 90 percent of refund requests for Angry Birds were filed after a minor used their parents' or grandparents' account.

Internal probes further found that in many cases, minors had no idea that they were paying real money, and their parents did not realize that their credit card was tied to Facebook. "This only exacerbates the problem since it doesn't necessarily look like 'real' money to a minor," an employee wrote, according to the internal emails.

Instances of children spending parents' money on games without their permission was labeled "friendly fraud" or "FF" in Facebook's internal correspondence. The emails reveal that Facebook tried to fix the problem, while noting that its philosophy is "maximizing revenue."

"The difficulty with friendly fraud is that we do not have a clear way to identify it at a purchase level because it looks like a good transaction," an employee wrote, adding that building "risk models" to reduce such cases "would most likely block good TPV [total purchase value]."