TEHRAN, Jan 28 -Wall Street was set to open lower on Monday after weak earnings and full-year forecasts from Caterpillar set a dour note for an earnings-heavy week that also includes a Federal Reserve meeting and U.S.-China trade talks. 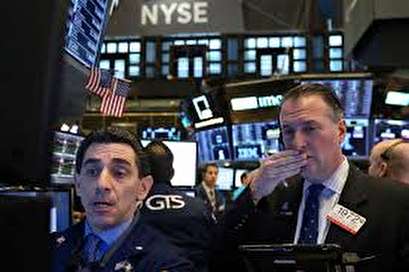 “With Caterpillar blaming China, investors are expecting to see more companies do the same in through the week,” said Peter Cardillo, chief market economist at Spartan Capital Securities in New York.

“The quality of earnings so far isn’t all that negative, but investors are clearly focusing more on what a company like Caterpillar would say.”

As signs of a slowdown in the world’s second-largest economy become stark, investors are pinning their hopes for a compromise between Washington and Beijing on trade. Chinese Vice Premier Liu He will head to the United States on Wednesday and Thursday, for the next round of trade negotiations.

Despite the hiccups, U.S. stocks have risen steadily since the start of 2019. The S&P 500 is up 13.6 percent from Christmas lows and the monthly performance so far has been the best since March 2016.

Supporting the gains were fourth-quarter earnings that largely exceeded Wall Street expectations. Of the 112 S&P 500 components that reported as of Friday, 72.3 percent had beaten profit estimates, according to IBES data from Refinitiv.

As earnings kick into high gear, investors are awaiting reports from Apple Inc, which has already cut its sales outlook blaming anemic Chinese demand for iPhones, as well as Facebook Inc, Microsoft Corp and Amazon.com Inc.

The downbeat mood kept shares of tech companies in the red in early trading, while chipmakers that have bigger exposure to China, were also trading lower. Micron Technology Inc and Nvidia Corp fell about 1 percent each.

Washington’s move to end the 35-day long government shutdown boosted Wall Street on Friday. However, anxiety over another closure surfaced as President Donald Trump over the weekend expressed skepticism that U.S. lawmakers could reach a deal on border security that was acceptable to him.

Fed policymakers meet between Jan. 29 and Jan. 30, and Chairman Jerome Powell is widely expected to acknowledge growing risks to the U.S. economy as global momentum weakens.

The U.S. central bank has signaled it will probably raise borrowing costs twice in 2019, but policymakers are now in no rush, with some expecting the likely pause in terms of “months” that may be needed for risks to subside.