TEHRAN, Jan 29 - Greek Prime Minister Alexis Tsipras has revealed the government's plan to increase the minimum wage to €650 in a move to end austerity. 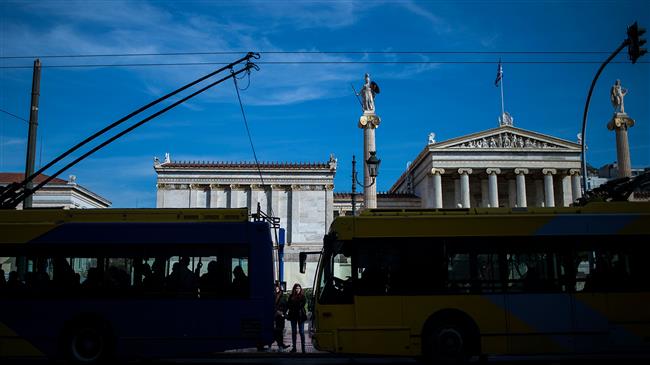 TEHRAN, Young Journalists Club (YJC) - The raise is the first increase in wages in nearly a decade. The delay in minimum wage increase embodied the unfairness of austerity plans imposed by eurozone. The monthly minimum wage would go up by 11% from the measly €586, Tsipras noted.

The premier also announced the abolishing of lower-wage category for younger workers.

The socialist leader believes the reform will stimulate the Greek economy which has been severely damaged during the euro crisis.

“[This] will be emblematic for the labor force, a rise that will reinvigorate the real economy,” Tsipras told a meeting of his cabinet.

The decision was made as Tsipras faces general elections later this year and is behind in votes. He is determined to reverse some of the unpopular measures Athens has been forced to take by the creditors behind the bailouts that have kept Greece afloat for the past nine years.

Greece left the final bailout program by the European Union last August after receiving the largest monetary rescue in the history of global economics.

People wait at a bus station in front of the Academy of Athens, Greece on January 28, 2019. The country on Monday issued a five-year bond, a finance ministry source said, its first such debt issue since exiting its last bailout. (Photo by AFP)
The increase in minimum wages was decided after much deliberation with the EU creditors. However, it must go through the parliament to be approved. The government wishes to implement the changes as of February.

A rough sum of 880,000 individuals will profit from the increase, as estimated by the ministry of labor. A third of Greeks who work in the private sector make less than €600 on a monthly basis.

The ministry announced that the unemployment benefits as well as maternity pay would rise too.

The changes come seven years after Greece was required to cut the minimum wage by 22% to €586.

Last year, Greece excelled itself at budgeting as the EU lenders monitored the country closely. The recovery in economy seems frail though, despite the fact that the unemployment rate went down by nearly 10 percent last year.