TEHRAN, Jan 29 -Canada has revoked the charity status of a Jewish organization following a government audit that found it has funded Israeli military projects and settlements in the occupied West Bank. 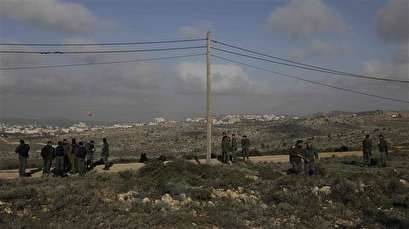 TEHRAN, Young Journalists Club (YJC) -The Global News website reported on Monday that the Canada Revenue Agency (CRA) earlier this month stripped the “Beth Oloth Charitable Organization” of its status for funding activities that are not charitable under Canadian law, including attempts at “increasing the efficiency and effectiveness of the Israeli armed forces.”

“It is our position that these pre-army mechinot exist to provide support” for the Israeli military, the CRA said.

It released 94 pages of documents regarding the case on Friday following the announcement of the organization’s charity status revocation on January 12.

The agency also found that the organization had donated CAD 1.2 million (USD 900,000) to recipients in West Bank settlements, which violated Canada’s official policy on the Israeli-Palestinian conflict.

“Providing assistance to Israeli settlements in the occupied territories serves to encourage and enhance the permanency of the infrastructure and settlements and therefore is contrary to Canada’s public policy and international law on this issue,” the Canadian agency said.

The Toronto-based “Beth Oloth Charitable Organization” had been a registered charity since 1980 and ranks 62nd on the list of the largest charities in Canada by tax-receipted donations.

The canadahelps.org website now says the group is “currently unable to receive donations.”

The “charity” group “Jewish National Fund of Canada” is also under investigation in Canada for similar reasons.

Earlier in January, Canadian broadcaster CBC said the JNF has been under audit by the CRA for using donations to fund infrastructure projects on Israeli military bases and illegal settlements.

According to Independent Jewish Voices (IJV) Canada, the organization has been violating Canadian tax law for more than 50 years and has been the subject of CRA-directed complaints for over four decades.

IJV has been campaigning to have the JNF’s charitable status revoked.

Corey Balsam, the IJV’s national coordinator, said on Monday that the group was hopeful the “era of impunity for Canadian organizations that support the Israeli occupation is finally coming to an end.”

“It’s about time the CRA cleaned house and applied its own rules to these organizations,” Balsam said. “Given the wealth of evidence against it and that it is already under audit, we expect JNF Canada to be next.”

Canada officially opposes Israeli settlements in the occupied West Bank and says they are “a serious obstacle to achieving a comprehensive, just and lasting peace.”