TEHRAN, Jan 29 -Abu Dhabi National Oil Co. sold a 20 percent stake in its refinery operations to Italy's ENI and another 15 percent stake to Austria-based OMV, and separately inked an accord to form a new trading joint venture with the two partners. 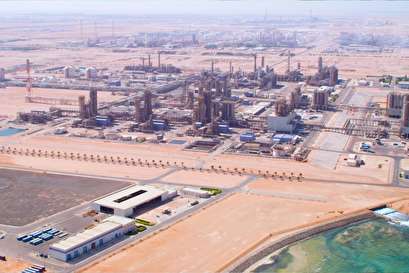 TEHRAN, Young Journalists Club (YJC) -ADNOC, which will retain the remaining 65 percent, said that "the agreement values ADNOC Refining, which has a total refining capacity of 922,000 barrels per day, and which operates the fourth-largest single site refinery in the world, at an enterprise value of $19.3 billion," ADNOC said Sunday.

"Proceeds to ADNOC from the sale are estimated to be $5.8 billion, subject to completion adjustments," ADNOC added.

The new joint venture will be an international exporter of ADNOC's refining products. Domestic supply within the UAE will continue to be managed by ADNOC, the company said.

Eni and OMV will each also own 20 percent, and 15 percent, of the trading venture.

Italian oil company Eni confirmed in a separate statement it bought a 20 percent stake from ADNOC for $3.3 billion "after deduction of net debt."

"The acquisition of a stake in this high-quality refinery complex represents a 35 percent increase of Eni's refining capacity," the Italian company said in a release Sunday.

"The deal makes Eni's portfolio more integrated along the energy value chain and more resilient to the high-volatile economic environment," the company added.

OMV said it was going to pay $2.5 billion for its share after deductions of net debt, and that the value of the stake is $2.9 billion. It added that the deal will allow it to participate in the "fourth-largest single site refinery in the world, integrated in petrochemicals."

"Abu Dhabi becomes our first core position outside of Europe, at the doorstep of global growth markets in Asia. Upon closing, we immediately grow our refining capacity by 40 percent and our olefin capacity by 10 percent," OMV said in a release.Source: upi