TEHRAN, Jan 29 - A Palestinian man has died four days after being critically injured during clashes between Israeli troopers and a group of Palestinian protesters participating in an anti-occupation rally along the border fence between the besieged Gaza Strip and the Israeli-occupied territories. 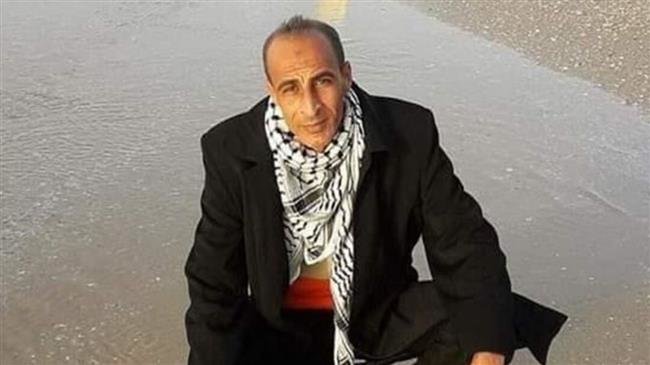 The 47-year-old man was gravely injured after a tear gas canister struck him in the face as Israeli military forces sought to suppress a “Great March of Return” protest rally east of Bureij refugee camp in the central Gaza Strip on January 25.

Qidra went on to say that Nabahin had been in an intensive care unit after the injury.

Meanwhile, at least 18 Palestinians have been injured as hundreds of people staged a demonstration near the Gaza Strip's northern maritime border with the Israeli-occupied territories during a weekly protest against the Tel Aviv regime’s 12-year naval blockade.

The Arabic-language Safa news agency reported that eight protesters were struck with live bullets on Tuesday, while the rest suffered wounds after being hit with rubber-coated steel bullets near Zikim naval base, which lies just north of Gaza.

Dozens of demonstrators suffered tear gas inhalation as well, and were transferred to hospitals for treatment.

Israel imposed a limit of three nautical miles on fishing in the waters off the Gaza shore until August 2014, when Palestinian fishermen were allowed to go out six miles under a ceasefire agreement reached between the Israelis and Palestinians following a deadly 50-day Israeli war in the same month.

The fishing zone is supposed to extend to 20 nautical miles under the Oslo Accords. The Oslo Accords were signed between the Israeli regime and the Palestine Liberation Organization (PLO) during the early-mid 1990s to resolve the Israeli-Palestinian conflict.

In May 2017, Israeli authorities increased the fishing area for Gazan fishermen to nine nautical miles.

Over the past few years, Israeli forces have carried out more than a hundred attacks on Palestinian boats, arresting dozens of fishermen and confiscating several boats.

The Gaza Strip has been under an Israeli blockade since June 2007. The blockade has caused a decline in the standard of living as well as unprecedented levels of unemployment and unrelenting poverty.

The Gaza clashes reached their peak on May 14, 2018, on the eve of the 70th anniversary of Nakba Day (Day of Catastrophe), which coincided last year with the US embassy relocation from Tel Aviv to occupied East Jerusalem al-Quds.