Leader pays homage to Imam Khomeini ahead of Revolution anniversary 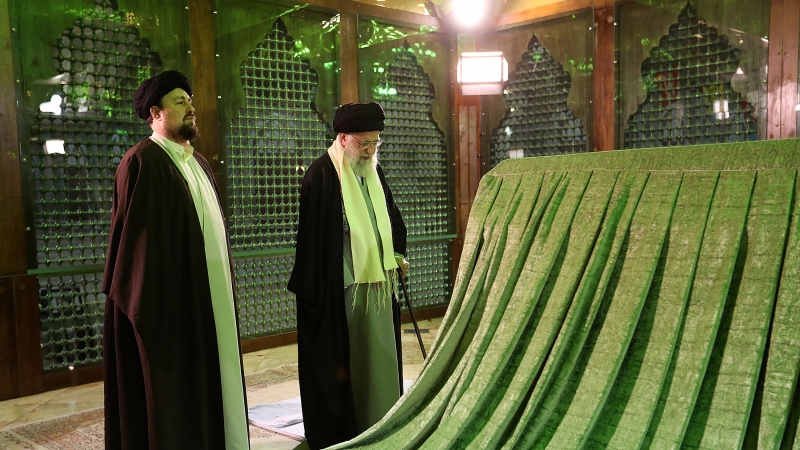 Ayatollah Khamenei also paid homage to Iranian martyrs laid to rest in Behesht-e Zahra Cemetry in southern Tehran including the martyrs of the 1980-1988 Iraqi imposed war on Iran and a 1981 bombing in which 72 officials of the Islamic Republic were killed.

The Iranian nation toppled the US-backed Pahlavi regime 40 years ago, on February 11, 1979, ending 2,500 years of monarchic rule in the country.

The Revolution, led by Imam Khomeini, established a new political system based on Islamic values and democracy.

Every year Iranians mark the anniversary of their Islamic Revolution from February 1 to 11, known as the Ten-Day Fajr ceremonies. February 1, 1979, was the date when Ayatollah Ruhollah Khomeini returned from exile in Paris to Tehran.