TEHRAN, Jan 30 -The United Nations (UN) has again slammed the latest killing of a Palestinian in the occupied West Bank by armed Israeli settlers, expressing deep concern about the “extremely violent attack.” 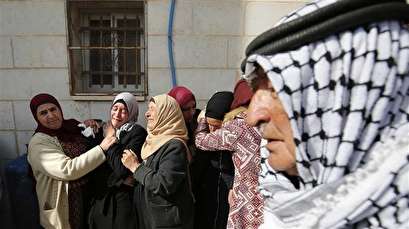 TEHRAN, Young Journalists Club (YJC) -“We are deeply concerned about the protracted and extremely violent attack on Palestinians in the West Bank village of al-Mughayer last Saturday (26 January), during which a 38-year-old Palestinian father of four, Hamdi Taleb Na’asan, was shot in the back and killed,” said a Tuesday statement by the spokesman for the UN High Commissioner for Human Rights (UNCHR), Rupert Colville.

According to the statement, monitoring by the UNCHR’s local staff suggested the killing was perpetrated by a group of 30 Israeli settlers from the nearby Adei Ad outpost following an attack on Palestinian farmers working on their fields.

The statement said that the settlers “descended on the village itself where they used live ammunition to shoot at the villagers and their houses.” It said the aggression “led to six villagers being shot with live ammunition, leaving three of them in a serious condition.”

The statement further criticized Israeli regime forces for what appeared to be their deliberately late response to the violent attack on the Palestinian villagers by settlers and action in support of the settlers.

“Although Israeli security forces were stationed near the village and were immediately alerted to the attack, it took some two hours before they intervened,” said the UN statement, citing witnesses who spoke to the UNCHR’s staff visiting the village on Monday. “When Israeli security forces did finally intervene, the main focus of their action appears to have been to disperse the Palestinian villagers using teargas.”

The statement further reported that a total number of 20 Palestinian villagers were injured as a result of the attack by the settlers and the later intervention of Israeli regime forces.

On Sunday, another UN official expressed “shock” at the “terror” carried out by Israeli settlers in al-Mughayer.

The Tuesday statement also underlined that the latest violence occurred “in the context of a surge in settler violence in the West Bank,” adding that it had reached its highest levels since 2015.

The UNCHR further emphasized that Israel regime, “as the occupying power, is obliged under international humanitarian law to protect the Palestinian population from such attacks,” adding, “Those responsible for settler violence must be brought to account.”

The international body also called on the Tel Aviv regime to “ensure there is a full investigation” into the killing of Na’asan as well as the injuries inflicted on others in the West Bank village, and that the probe would be “independent, transparent and effective.”

This is while the Israeli regime rarely allows any objective probe of its persisting atrocities against the Palestinian population in the occupied territories.

Settler violence on Palestinians up by 175% since 2016

The statement also cited the UN’s Office for the Coordination of Humanitarian Affairs (OCHA) to say that the average number of violent incidents perpetrated by Israeli settlers per month had surged by 57 percent in 2018 compared to the previous year, and by a whopping 175 percent in comparison with 2016.