TEHRAN, Jan 30 -A Houston attorney is suing Apple, claiming a bug recently found in iPhone's software allowed an unknown person to eavesdrop in on his private conversation with a client. 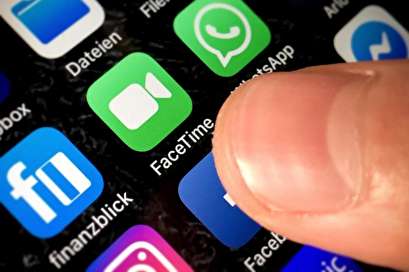 "Essentially the product converts a person's personal iPhone into a microphone that can be answered by an unknown third party to listen and record one's most intimate conversations without consent," Williams said in the complaint.

Apple did not respond to Bloomberg's request for comment.

The bug, discovered late last week, was accessible by the caller starting a FaceTime call and then while the call is ringing, adding themselves again to it making it a Group FaceTime call. The call recipient's microphone would then transmit audio to the iPhone the call originated from without the call having been picked up.

Once the bug was found, instructions on how to access it quickly spread on social media.

Not long after it was publicized, Apple said it would be fixing the bug with a software update to be released later this week.

Then yesterday, Apple disabled its FaceTime video and calling application, which has yet to be reinstated.